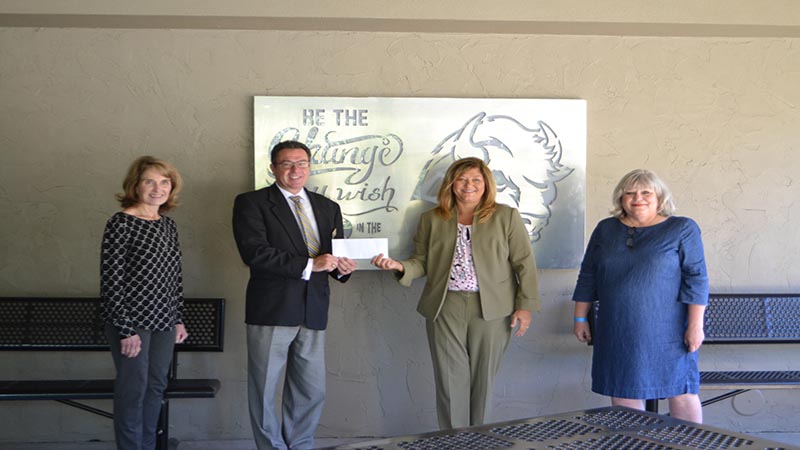 “It’s a great day for me. I am a graduate of SUSCC and this is such a valuable campus for us and so we want to ensure that we do as much as we can to keep Southern Union strong, right here at home,” Wood said.

The funds will be used to upgrade a large classroom to serve as classroom space as well as a meeting space that could be made available for civic clubs and community use.

Since taking over, Shackett has been committed to reinvesting in the Valley campus. After seeing some of the outdated equipment, Shackett said Southern Union worked to make the campus more modern.

“we somewhat neglected this campus,” Shackett said. “The first thing I saw was big block TVs, and I felt like I was in a time warp, so we fixed all of that right away.”

Over the last couple of years, the improvements continued with the renovation of the student lounge as well as renovating several labs. The college is also launching a new physical therapy program.

“We just had a visit from an accrediting body last month, which went very well. We hope it starts in January,” Shackett said.

Shackett also said the college owns over 100 acres in Chambers County and as the county grows and the needs arise, SUSCC is positioned to grow with it.