There are about 15 minutes before the kick of Valley’s second region game of the season Friday night.

While the teams were waiting to come out onto the field, the Valley PA announcer started going through the roster of the 1970 Valley Rams.

About a dozen members of the team that wore the white and orange 50 years ago returned to celebrate their accomplishments.

The 1970 Valley Rams were a special group of players. The team was the first integrated team in Valley history and brought home the school’s only football championship.

The beginning of a dream

The thought of winning a state championship started before the start of the 1970-71 school year. According to Arthur Dunn, who was one of the assistant coaches on the Rams 1970 coaching staff, the dream started in the spring of 1970.

Rehobeth High School was playing its spring jamboree game when a couple of Valley High School players decided to attend the game.

What the players saw of the jamboree, they knew they had a serious shot to win the 1970 state championship.

Valley High School integrated at the start of the 1970 school year, absorbing the students from Rehobeth High School.

Along with Dunn, 13 players from Rehobeth High School joined the Rams football team.

On the team’s first day of wearing pads, there was a downpour of rain. All the Rams thought they were going to get the day off, but head coach Doug Lockridge set his players straight when he walked up to the field.

With standing water roughly an inch deep, Robbie Wiggins, who Hawkins called the emotional leader of the team, sprinted out into the soaked field and dove out on his stomach, yelling “all the way to state.”

From that moment in August, the dream of winning a state championship was alive.

With the addition to the players from Rehobeth, the Rams had enough players to platoon both offense and defense, allowing players to focus on one side of the ball.

Jerry Brown was the only player to play both ways, starting at safety and running back. Aaron Shepard was the other star running back for the Rams.

“We were very competitive — the offense vs the defense,” Hawkins said. “We would a lot of times stay after practice and scrimmage each other.”

Valley led off its season against Central Phenix City. Central had Woodrow Lowe as its starting tight end, who went on to play 10 years in the NFL with the San Diego Chargers.

Led by their fantastic defense, the Rams outlasted Central, winning 6-0.

After cruising through their next two games of the season, the Rams traveled the short distance to Auburn High School to face the Tigers.

Both defenses were stout in the game, holding each other to just one touchdown. Auburn’s touchdown was a pass to the running back, who came out of the backfield. Hawkins was the defender who allowed the score.

“I was all over him. It was in the corner of the end zone, just a lobbed pass,” Hawkins said chuckling. “There was just nothing I could do about it. I was just tore up about it.”

With time ticking down on the game clock, Hawkins made up for allowing the touchdown, as he kicked the game-winning field goal. The ball was in the air when the horn sounded, keeping the Rams winning streak alive with a 9-7 victory.

Outside of tying Troy, who is now Charles Henderson, the Rams were able to navigate their season fairly easily.

Heading into their final game of the regular season, the Rams were 8-0-1 and had clinched the first playoff berth in program history (up until 1967 there was not a playoff format. Champions were voted on by the media).

“Our pride was on defense and returning kickoffs,” Hawkins said. “We could maintain the clock, maintain the ball, keep everybody else from getting the ball. They couldn’t score.”

The Rams’ final game of the year was against their main rival Lanett, who had already been eliminated from playoff contention.

The Panthers defeated the Rams 28-0 through a series of long passes.

“They handily won the game,” said Robert Maddox, who was a receiver on the Rams championship team. “There was no doubt they were the best team that night.”

Even though they entered the playoffs after just playing their worst game of the season, the Rams were still focused on the goal of winning a championship.

The Rams opened the playoffs with Troy. The Rams defense held strong again, holding the Trojans to zero points for the second time. Unlike the first matchup, the Rams offense put up 20 points in the win.

In Valley’s second win of the playoffs, the Rams traveled to W.S. Neal and scored all 27 of their points in the first half. Bill Vaughn had a couple of touchdown grabs in the win, while Brown had a punt return for a touchdown and a pair of interceptions.

With the road win, the Rams were in the 3A State Championship Game, facing off against the defending state champions, Sylacauga, who was led by Randy Billingsley, who went on to play running back at Alabama.

Unlike today’s state championships, games were played at a team’s home stadium, and in 1970, the Valley Rams hosted the championship game.

The Rams were able to hold Billingsley to his lowest amount of yards in a game that season, holding the senior to less than 100 yards.

Brown led the team to the win on offense, running for 156 yards on 32 carries.

“It was a hard-fought game,” Wiggins said. “There were really no long plays. Both teams just tried to maintain ball control. It was just an old fashioned, line-up and smashmouth football.”

After celebrating on the field, the Rams went into the locker room and took off their jerseys like they normally did after a game.

That’s when they were given a surprise by their head coach.

“We all had our jerseys piled up, and we were celebrating having a good time,” Maddox said. “Coach Lockridge walked in, and when coach Lockridge came in everyone got quiet. He talked with a real low gruff voice. He looked at the jerseys and said ‘I reckon you can have them’ and he turned around and walked out. You never heard a bunch of young kids scream and holler and a melee go through those that pile of dirty jerseys trying to find yours.”

The players didn’t get rings, but they were able to keep their jerseys. Maddox has his framed in his house, while Hawkins has his hanging up in his closet at home.

Both Hawkins and Maddox both said the coming together of the 1970 team was almost exactly as the movie “Remember the Titans,” which is a movie that came out in 2000 that was based off the 1971 T.C. Williams High School football team that won a state championship in its first season of integration.

“We didn’t have a lot of that racial unrest that you saw in the movie. We got along great. I mean, at least I thought we did,” Maddox said. “We had a really good team that year. Certainly, there’s no way we’re even close without those guys from Rehobeth. Some of those guys were outstanding.”

“I told all the athletes that we were going into a different situation, but we have to play together, regardless that one is white, that doesn’t make a difference,” Dunn said. “All we do is be athletes, and we just play and come together. It worked.” 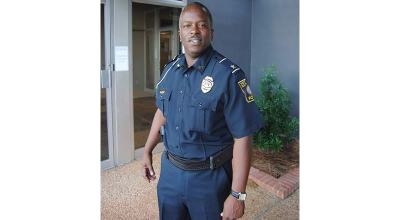