Beulah volleyball loses in sub-regional round 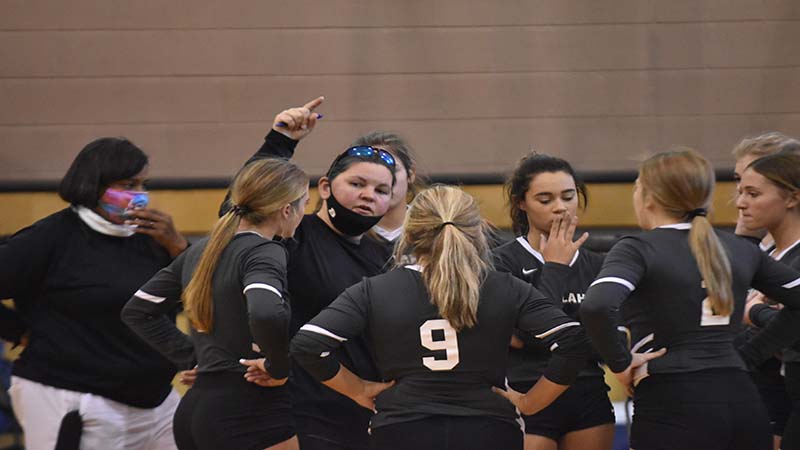 It was a tough way to end a strange season.

The Beulah Bobcats volleyball team had battled through a tough season, playing just 16 regular-season matches before reaching the sub-regional round of the playoffs. The Bobcats were 8-8 coming into Saturday’s match and had won their region, allowing them to host a sub-regional matchup.

They hosted Cottage Hill, who was the first team outside of the Al.com top-10 rankings for 3A, and they showed why they were receiving votes against the Bobcats, sweeping them out of the playoffs.

“We did not play our best game today, but they didn’t give up. They kept fighting until the very end,” Beulah head coach Allison Aikens said.

The Warriors took control of the match early, as they dominated on the serve.

Senior Meg Hannan started the match as the server. Hannan’s serving dominated the Bobcats early in the set, as the Warriors quickly jumped out to a 4-0 lead.

That lead quickly grew to nine before the Bobcats were able to score their first point.

The Bobcats deficit stayed around nine for most of the remainder of the set, but they were able to keep pace with the Warriors after taking their second timeout down 16-7.

“They were the first team all year that we’ve seen that was actually placing [the serve],” Aikens said. “We got down in that first game 10 points, and we lost that first game 25-16, which is the difference in the ball game. We were just not adjusting as well as we should have to break the serves early. We just dug ourselves a hole that we could dig ourselves out of.”

The Warriors followed their impressive first set with an even more dominant second set. Once again, they dominated on the serve.

Beulah took the first point of the second set, but after a serving error, quickly fell behind, as Hannan once again led off on the serve.

With Hannan serving, the Warriors jumped ahead 7-3.

After breaking Hannan’s serve, the two teams traded points, getting the set to 9-5.

At that point, the Warriors started to put the match away. Their lead grew from four to seven, scoring four of the next five points and forcing Beulah to take a timeout.

The timeout helped for the first few points, but overall, the Warriors were on a roll.

After the Bobcats cut the deficit to 14-8, the Warriors quickly expanded their lead with excellent serving, forcing Beulah to take its second timeout trailing 20-11. Cottage Hill scored five of the final six points in the set, winning 25-12.

The serving dominance continued in the third set, as Hannan led the Warriors to a 6-0 lead immediately, forcing Aikens to call her first timeout.

The Warriors scored nine of the first 12 points of the set. They grew their lead to 12 at the 17-5 mark of the set, eventually winning 25-8.

“A lot of times in the past we’ve advanced, but we haven’t been able to compete with a team,” Aikens said. “We can compete with [Cottage Hill]. When we play the game that we can, we can compete. It should have been a lot closer. These girls are still in the process of learning. Next year, I expect them to be better.”

Even though they weren’t able to get to Montgomery, the Bobcats have a bright future, as they should bring back their entire team from next year. Of their six starters, only two are juniors. The other four are made up of a trio of sophomores and a freshman.