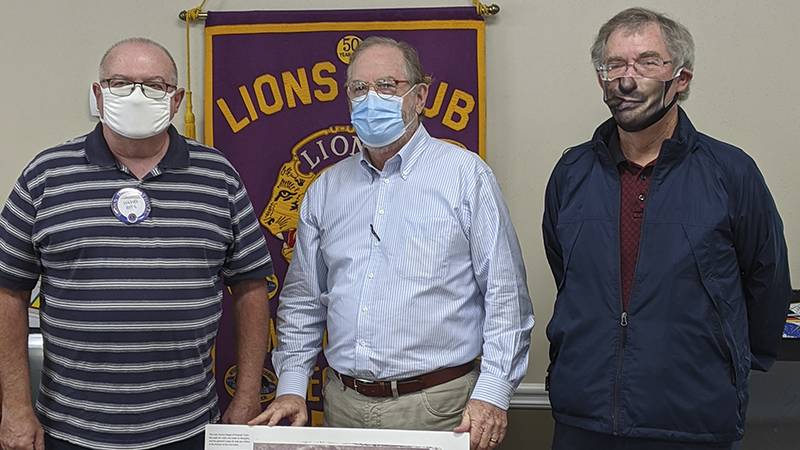 Rea Clark has been fascinated with the Civil War ever since he was 7 years old. His love of the Civil War has turned into a major passion for him, as he has become the President of the Fort Tyler Association.

On Wednesday, Clark spoke to the West Point Lions Club about Fort Tyler’s history and some of the facts about the fort.

The Battle of West Point was one of the final battles in the Civil War, as it took place a week after the Confederate Army surrendered at Appomattox Court House. It was fought at Fort Tyler, which was the final fort to fall in the war.

The Union brigade, led by James Wilson, had already gone through Birmingham, which at that point was Eloten, Montgomery and Selma. According to Clark, Wilson’s target was Columbus, Georgia, but he was afraid the Confederacy would burn the bridges that led into Columbus so his troops would not be able to enter.

Wilson divided his brigade and sent one half up the Chattahoochee River to West Point, while he led the other half to Columbus. The commander of the other brigade was Oscar La Grange.

La Grange’s brigade was made up of two regiments from Indiana, one from Kentucky and one from Wisconsin.

“When they got here, they encountered a small dirt fort on top of the hill with three cannons in it that were guarding the bridges,” Clark said. “By the time the fighting started, the fort was defended by Confederate regulars, hospital convalescence and townspeople. There are numerous accounts of civilians from the area grabbing a rifle and going into the fort, including students.”

According to Clark, the number isn’t exactly known because there were various people coming to the fort.

According to a Confederate account that Clark has found, the Union artillery was set up about half a mile southwest of the fort, which is about where the water tower in Lanett is currently located. The outside line of defense was a redoubt that is now by the Catholic Church in Lanett, across from what is now the Cherry Drive shopping center.

The battle lasted less than a day, as the fort was surrendered around 5:30 or 6 p.m.

The fort was named after General Robert Tyler. Not much is known about Tyler, even though he was a general during the war, but one of the few facts about him is he had a serious leg injury before his death at Fort Tyler.

While it is commonly believed that Tyler lost his leg when fighting around Chattanooga. Clark believes that Tyler still had his leg, but it was just mangled after fighting.

According to Clark, the flag at Fort Tyler is still missing to this day.

During the battle, the flag was stapled to the pole because an artillery shell cut the lanyard to the flag. Since they couldn’t drop the flag, the Union cut the poll down.

“There are some records of it being taken back to Washington DC,” Clark said. “A couple of people have engaged in a serious effort to try to locate it, and thus far, it has never been found. My hope is someday we can find it.”

As of now, Clark doesn’t have a place that he can display all the artifacts that he and his brother have discovered, though he hopes they will find a place soon.