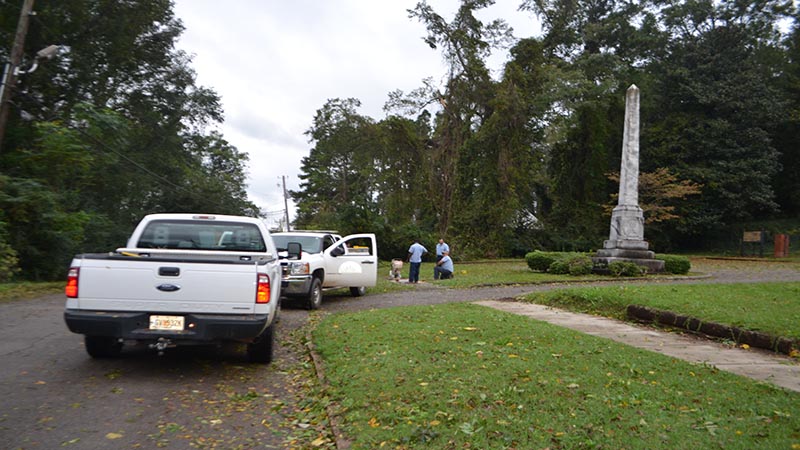 Zeta came ashore Wednesday as a Category 2 hurricane and caused massive damage as it raced across the Southern U.S. Thursday morning. Though downgraded to a tropical storm as it moved across Alabama and Georgia, its strong winds downed power lines and trees, ripped off roofs and flooded streets in its wake. As of 1 p.m. on Thursday, more than 2.6 million homes and businesses were without power in seven states. In Georgia alone, more than 755,000 customers were without power. Alabama had just under 490,000 customers without power.

There were some power outages in the cities of West Point, Lanett and Valley, but most affected neighborhoods had power restored by daylight. The final areas to regain electricity were the Waterworks neighborhood in West Point and Morgan Cantey Drive in Lanett, where the lights were back on before noon.

“We had some power outages in the Booker Hills and the Roper Heights areas,” West Point Mayor Steve Tramell told The Valley Times-News Thursday morning. “Power was restored there during the night. The final area restored was the Waterworks neighborhood. Everyone in West Point had power again by noon.”

Valley Mayor Leonard Riley said that at least 12 trees were blown down during the high winds. They were removed from city rights-of-way by the Public Works Department. Crews from Alabama Power had power restored all over the city by noon on Thursday.

“I am so proud of the guys in our Electrical Department and our other departments,” Mayor Kyle McCoy said. “They were prepared for the storm in advance of it getting here. They had all their trucks gassed up and were ready to go out and repair the damage once the storm got here at 2:30  a.m. We asked them to wait until the winds died down before going out.”

The first place they went to was Diversicare, the nursing home across from Lanett High. Power was out there for approximately an hour-and-a half but remained on with a backup generator.

“Having power at the nursing home is our highest priority,” McCoy said.

“We had eight guys from the electrical department restoring power in the early morning hours. We had several more city employees from the street and gas departments clearing debris for them. Our fire chief (Johnny Allen) along with Tony Chandler and Jason Abernathy were out there last night. Altogether, we probably had 15 or 16 guys out there cleaning up the damage and getting the power going again. I am really proud of the job they did. There was a lot for them to do, and they did it well.”

McCoy said he wanted to say thanks to John Hand, head of the Alabama Municipal Electric Authority (AMEA), for offering to send help to Lanett.

“I really appreciated him reaching out to us,” McCoy said. “I told him that our guys could take care of it.”