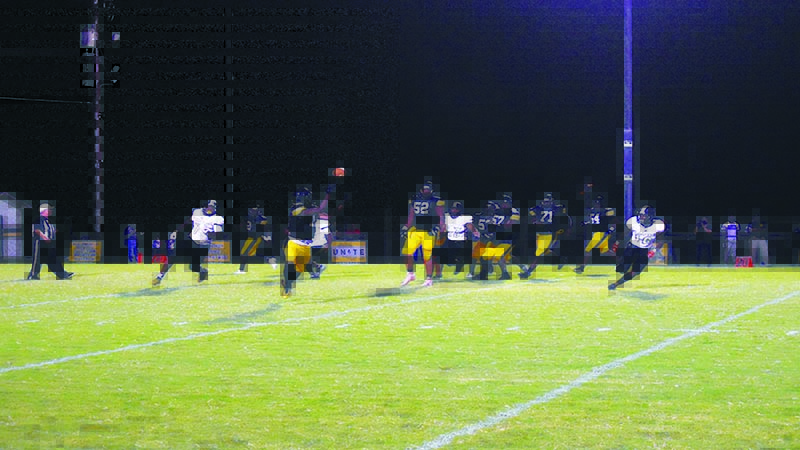 The LaFayette Bulldogs finally broke through on Friday, holding off Ranburne and picking up their first win of the season.

“We have better vibes,” Williams said. “We want to play one game at a time and see where it leads. The ball bounced our way. Our kids came together. That’s why we won that game. “

Before the game, Williams made a change that helped his offense. He moved senior Jay Daniel to running back, which moved Joshua Combs to receiver.

“Ja’Marie Daniel showed us that he’s a downhill runner,” Williams said. “He runs well between the tackles and that’s what we need in my offense.”

Even though Daniel is one of the Bulldogs’ better receivers, Williams said that move from receiver to running back helps open up the offense.

“You have to be complete somewhere. If we have a complete running game, the passing game opens up,” Williams said. “He runs the ball hard between the tackles. He doesn’t try to outrun everybody to the side, he gets north and south in a hurry. That’s what we need.’

The Bulldogs look to pick up their second win against Horseshoe Bend, which is winless in its four region games this season.

The Generals have a power running attack that also features some counters and reverses.

“We have to play our position and play our technique,” Williams said. “We must read our keys this week.”

The Generals have faced two of the top three teams in 2A Region 4, losing a close game to B.B. Comer and to Randolph County.

Three of the Generals five losses have been one-possession games at the final horn, losing to B.B. Comer by just eight in their previous game.

A win against the Generals would make the Bulldogs 2-3 in the region and would potentially move them into fourth place in the region, which is good enough for a playoff berth.

Even though the Bulldogs still have a shot at the playoffs, Williams is trying to make sure his team is focused on coming together and winning Fridays’ road game.

“This back part [of the season] is going to be a funny situation,” Williams said. “It can happen a lot of different ways, but like we tell our guys, let’s just focus on winning one game at a time and win it. If we win, everything else will take care of itself. Our best ball is ahead of us. I think our kids are slowly chumming together. We just have to come together as a team.”

As of Tuesday, the Bulldogs are still playing on Friday at Horseshoe Bend, but with Hurricane Delta bearing down on the Gulf Coast, that may change.

“As of now, it’s a go on Friday. It might be a messy situation, but we’ll see how the Lord works,” Williams said.