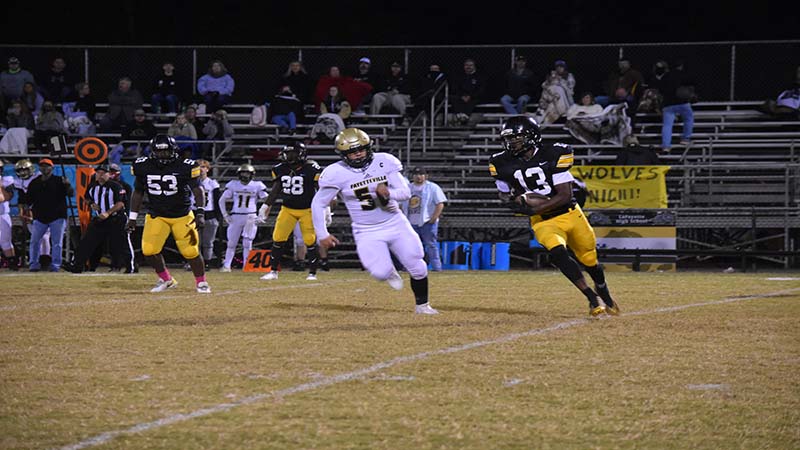 The first half of the season was a struggle for the LaFayette Bulldogs. They started the season off 0-4, facing the best three teams in their region.

Their biggest problem in that opening four-week stretch was they would just get in their own way. They would have a costly penalty or turnover and struggle with execution or substitutions.

Now in the back half of their season, the Bulldogs have turned a corner, and the biggest part of the turnaround has been the players’ mindset.

“We’re just trying to get our kids to buy in,” head coach Juan Williams said. “It isn’t going to happen overnight here. We just hope they buy in every week and be humble and coachable. We’re doing that a little better. You just slowly try to change their mindset about this thing called life.”

Williams has also made some changes, more so on offense than anything. Along with Jay Daniel’s move to running back, the biggest change has been the ability to block throughout the game, something that cost the Bulldogs early in the season.

“Our effort is better as a team,” Williams said. “Winning brings a little more effort. They look around and start saying ‘okay, we can do this.’ It isn’t over. I just hope they want to continue the quest and have something to be proud of. We aren’t looking up [ahead]  because tomorrow isn’t promised. What did you do today?”

The goal for the Bulldogs is to just take the remaining two games on their schedule a game at a time and build momentum for a potential playoff berth.

The Bulldogs are currently fourth in 2A Region 4. Lanett claimed the region championship on Friday night. The Panthers are the only team in Region 4 that know where they will be seeded heading into the playoffs. Randolph County and BB Comer play each other this Friday, while LaFayette plays Vincent.

The Bulldogs have a one-game advantage against Vincent for that fourth and final spot. A loss on Friday would potentially knock the Bulldogs out of that final spot, but a win grants them a playoff berth.

Even though Vincent has lost by a sizable margin, Williams is still focused on stopping its offense, which can break out at any point.

Offense is the Yellow Jackets’ strength, while the Bulldogs’ strength is on the defensive side of the ball.

“We’re just going to have to contain their ability to hit the corners and go,” Williams said.

Finishing off drives will be the focus for the Bulldogs offensively on Friday night.

“We’ve got to learn how to put drives together and finish,” Williams said. “We haven’t finished right now on offense, and I’m still looking for us to finish.”