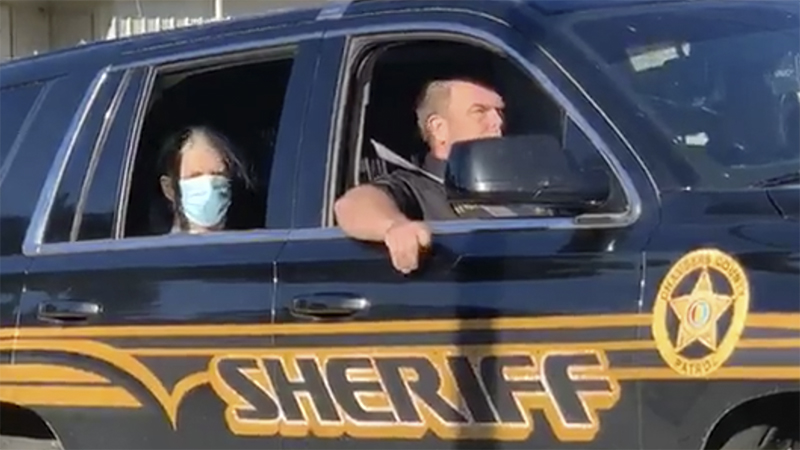 On Wednesday, David Anthony Pike arrived back in Chambers County to face murder charges from 1985. Pike has been wanted since June 21, 1985, for the alleged beating and shooting of 23-year-old Calvin Lee Irvin in Chambers County.

He wasn’t caught until January 2019, when he was arrested under the alias of  Stephen Williams Varner and charged with willfully and knowingly making false statements in a passport renewal application.

The complaint was concerning inconsistencies with the passport renewal form since the real Varner died in Alabama.

Pike was released from a correctional facility in Yazoo City, Mississippi on Wednesday for the purpose of being extradited back to Alabama.

Up until his return, there had been little evidence Pike was ever anywhere near Chambers County. The lone exception is when the Chambers County Sheriff’s Office fielded calls that Pike was spotted after a family member passed away.

With that, the trail went cold again. We can’t fathom the agony Calvin Irvin’s family went through in 1985 and knowing that one man allegedly responsible for his murder was essentially a ghost – that had to cause what felt like a lifetime of pain.

We received a tip on Tuesday that Pike was being released from the Yazoo City jail in Mississippi and immediately began reaching out to Sheriff Lockhart and Maj. TJ Wood to confirm, and they did.

From that point, we knew we had to do whatever it took to be there when Pike was locked behind the vehicle gates at the detention center and taken inside.

Lockhart and Wood made a commitment to the family, and they never gave up and that determination will eventually lead that man to finally standing in front of a judge to answer for the crimes he was charged with 35 years ago.

We applaud the work by all law enforcement involved in bringing Pike back where he belongs – the Chambers County Detention Facility.

To the family of Calvin Irvin, we know this will not erase what has happened to your family, but we hope this brings some closure and that Calvin can rest easy.