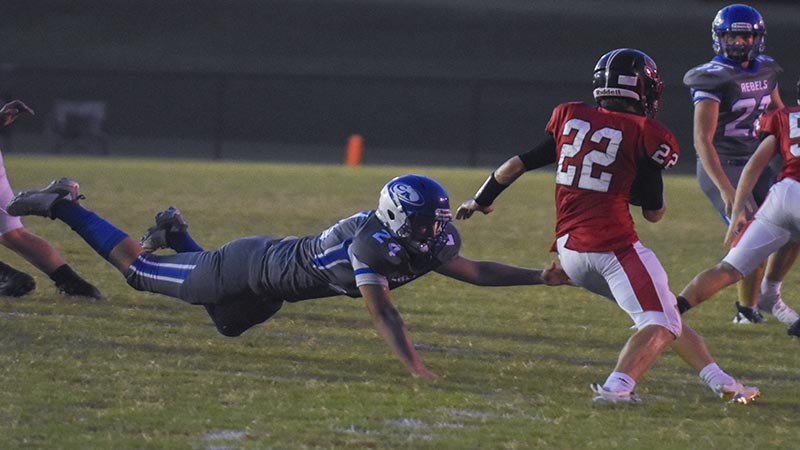 Right now, the three teams ahead of the Wildcats each have one region win. Macon-East and Chambers Academy have won their only region game to this point, while Springwood and Edgewood have split their two contests. Springwood’s region win was against Banks, who is currently winless in the region.

Springwood is back after having its bye week last week. In its previous game against Lee Scott, the Wildcats struggled in all three phases of the game. Gartman said the team worked during the off week fixing those mistakes.

“It was a productive off week for us,” Gartman said. “We just fine-tuned some little things here and there. Everything was kind of ugly against Lee-Scott. We’ve worked a little bit on getting better in all facets.”

For the first time since their Sept. 4 game, the Wildcats are at home. Along with ending their road trip, the Wildcats look to extend their winning streak against Cornerstone, who is 0-4 against the Wildcats all-time.

The Chargers are 2-3 this season and are coming off their second win of the season. Last week, the Chargers’ offense put up 60 points against Coosa Valley Academy.

“They have some talent,” Gartman said. “They have some skill guys that if we don’t hem them up, they can hurt you. They’re not the type of team to drive down the field methodically, just grinding on you, but they do have the ability to take it 60 or 70 [yards] in a play. I think defensively we need to keep them from doing that.”

Giving up the big play has been one area that the Wildcats have struggled this season, as most of the time they have given up a score, it has been on a chunk play.

“The main thing we have to do is play disciplined and keep them from getting in space,” Gartman said. “Nothing out of the ordinary, just play well and play smart. In football, I don’t think there’s a magic bullet a lot of the time. It’s basically about playing disciplined, playing sound and playing within the scheme.”

To help out his defense, Gartman plans to control the game with his offense, running the ball methodically to wear down the Chargers’ defense and burn up clock.

The Wildcats will also celebrate their homecoming on Friday.

“We’re excited,” Gartman said. “Homecoming would be a big win.”