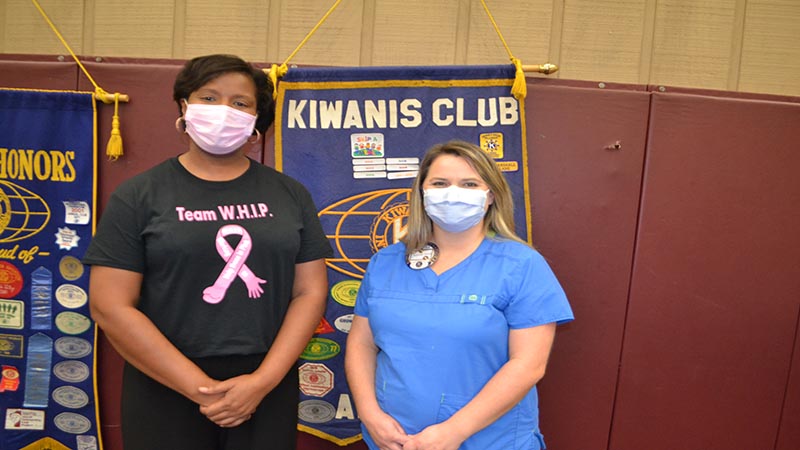 VALLEY — Team WHIP (Working to Help those In Pink) is celebrating its fifth anniversary this month. The 501(c)3 non-profit was organized in October 2015 by Narfunda Ross to offer a support system for those who are dealing with a breast cancer diagnosis.

Ross credits prayer and a strong belief in God for being the main factor that got them through.

“Having surgical staffs that were faith-based helped a great deal too,” she said.

After she and her sister survived breast cancer scares, Ross in 2015 saw a fundraiser called the Pink Run on TV and was inspired to do something similar in Chambers County. She had previously walked with her dad in Relay of Life events and liked the idea of addressing the needs of breast cancer survivors and those families going through the heartbreak of a loved one struggling with it.

“We have gotten donations not just from Chambers County but from all over the country,” Ross said. “We appreciate that, and we want everyone to know that Team WHIP is with you if you have a breast cancer issue.”

This year, Team WHIP is having a 31-day challenge. Updates are included on its Facebook page. People can enter a drawing, Ross’s sister will be doing a presentation, and Auburn University’s Gene Machine will be in town to talk to people about staying healthy and the danger signs to look for. In past years, Team WHIP had cancer walks that drew lots of participation. Because of the COVID-19 pandemic, they won’t be doing that this year, but they will be doing something new.

“On Saturday, Oct. 24 we will be doing a virtual walk on zoom,” Ross said.

It’s a way people can support those who have had, or are dealing with, breast cancer while maintaining social distancing and avoiding a crowd of more than 20 people.

Team WHIP is made up of those who have survived breast cancer and those who support the cause of helping those in pink.

“We support anyone who has been diagnosed with breast cancer,” Ross said. “It’s our mission to support them emotionally, to educate them on what they are experiencing and to support them financially.”

Ross said that when she was diagnosed with breast cancer 12 years ago she had a very strong support system from her sister and her mother.

“We wear pink to our hearts,” Ross said. “We offer a support system to those who need it. We support all other breast cancer support groups. Those who donate to us give us the ability to help those in need.”

Ross said that her mother is a special source of inspiration for her.

“Like her, we try to be a pearl,” she said. “My mom is near and dear to me. If I could be a fourth of the woman she is, I’d be 10 times the woman I am now. I learned from her that you have to have a positive attitude when you are dealing with cancer. You have to believe that cancer is not a death sentence. Pearls are soft and beautiful. Being positive is too.”

Ross encourages anyone dealing with cancer to be proactive. Don’t just sit back and wait for something bad to happen.

“Engage in activities,” she said. “Educate yourself. Be an advocate.”

Those who are experiencing cancer need friends in the worst way.

“Go with them to the treatment center,” she said. “Sometimes they need someone there with them to listen to what they are being told to make sure they do the right thing at home. Be a good listener. They can get the pressure they are under out of their system by talking to you.”

From the start, Team WHIP has been identified by pink. There’s also a second color: blue.

“I have the utmost respect for him,” she said. “He has shared his story with lots of people and that helps.”