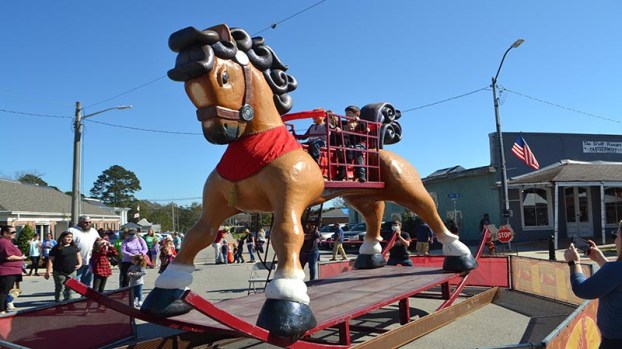 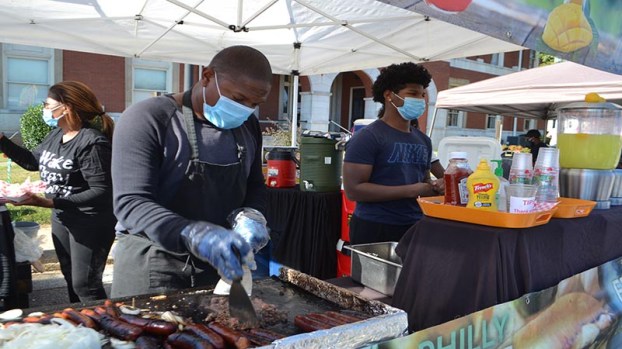 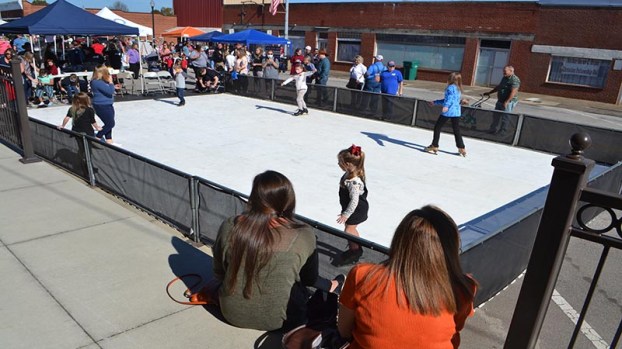 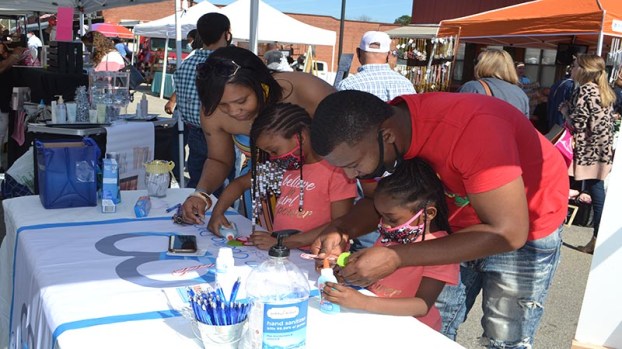 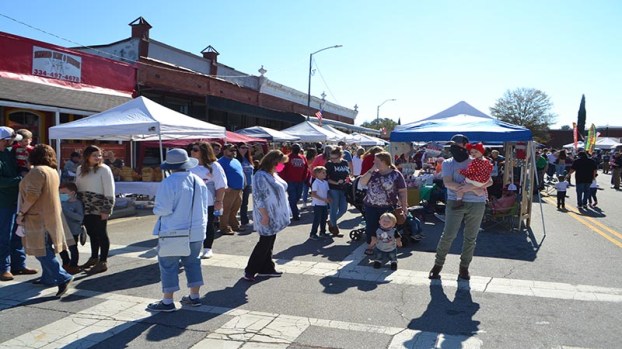 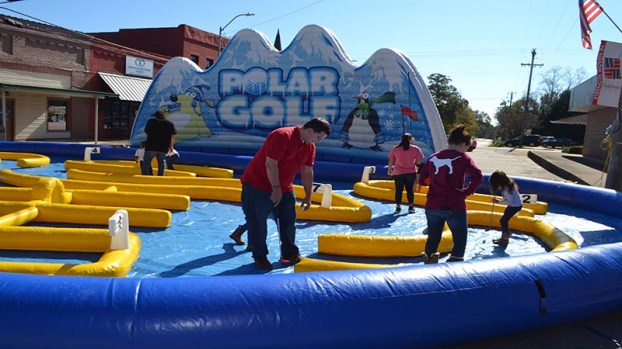 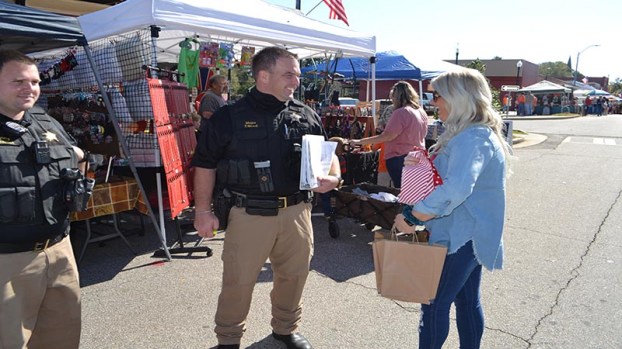 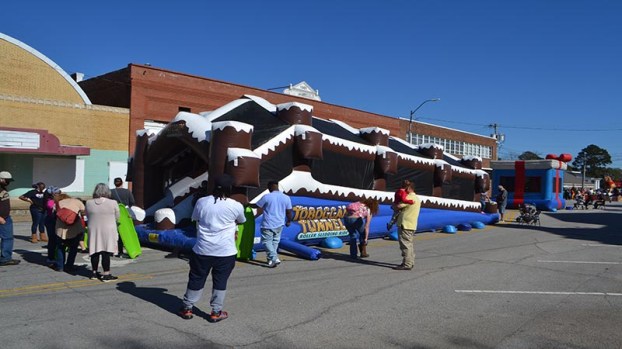 LaFAYETTE — Many hundreds of people took advantage of perfect fall weather to turn out for Saturday’s inaugural Rockingfest on the Square in downtown LaFayette, hosted by the Greater Valley Area Chamber of Commerce. The event went on underneath a cloudless blue sky from 10 a.m. until 5 p.m. CST.

“If I could ever be part of a picture-perfect event, Saturday was the definition of it,” said Chamber Executive Director Carrie Royster. “I got so much positive feedback from local officials and from the 69 vendors we had on hand. We hope to make this a tradition for LaFayette and Chambers County. Right now, we are planning on having the annual St. Paddy’s Day on the River next March and the Rockingfest in November.”

Royster said she was conservative in estimating the crowd at 2,000 people.

“People were standing in line throughout the day for the giant rocking horse, the ice skating, polar golf and at the food vendors. We tried to have a variety of food for people to pick from,” she said.

The crowd was largest between noon and 2 p.m. CST. That’s when Santa Claus arrived to meet the children.

“The line started forming for Santa before he arrived, and remained long for the two hours he was here,” Royster said.

The big attraction was the world’s largest rocking horse. Appropriately enough, he came here from Texas, which is famous for everything being big. The horse stood approximately 14 feet off the ground, eight feet wide and 24 feet long.

Up to five kids could ride him at one time. For those children who were afraid of being up that high, there were several bouncy houses they could jump up and down in.

“It was as perfect as a day could be,” Royster said of the festival. “I think it was a huge success for the City of LaFayette and Chambers County. Some people who recently opened businesses in downtown LaFayette told me they wished we could bring that kind of crowd to LaFayette every weekend. Hopefully, some of the people who were there will be coming back to those businesses.”