LaFayette boys basketball falls to 0-2 early in the season 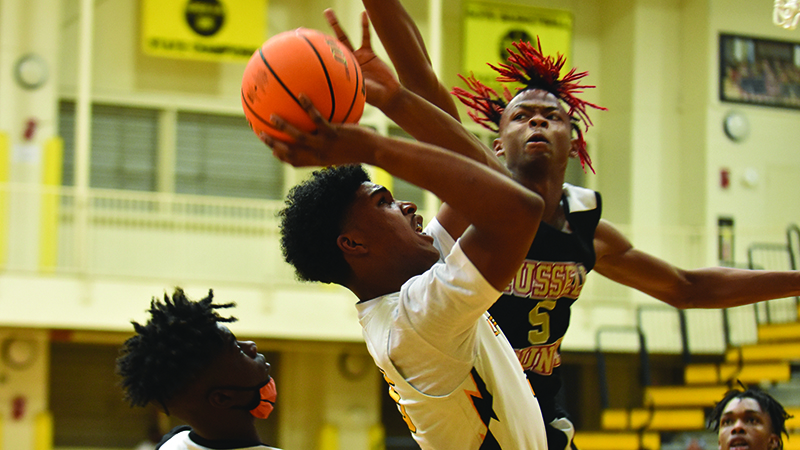 After losing to Valley by more than 30 points, LaFayette head coach Obadiah Threadgill talked about the importance of slowing down the pace of the game to get his players into a rhythm.

Even though the pace of the game was much slower, LaFayette dropped its second game of the season 40-27 against Russell County.

The Bulldogs struggled out of the gate offensively, scoring just five points in the opening quarter. Three of those five points came on their last possession, as Ty Daniel hit the only three-point shot of the quarter.

Defensively, the Bulldogs were able to limit Russell County’s possessions with their slower pace. Their man-to-man defense was also more effective.

At the end of the first quarter, LaFayette trailer by just six. The second quarter was much like the first, as there were 16 combined points, with the Warriors edging out LaFayette 9-7 in the quarter.

In the third quarter, the Bulldogs, who were continuing to force the Warriors to make offensive plays, started to chip away at the deficit. The eight-point deficit dwindled down to just four points with a little less than 3:30 left in the quarter.

“I’m telling them in a timeout that we’re two or three plays away. You are within striking distance. You are doing what we are telling you to do,” Threadgill said. “It felt good for the other team to call a couple of timeouts.”

In the fourth, the Bulldogs just ran out of gas. The bigger and longer Russell County players were able to physically wear out the smaller LaFayette squad. In the final eight minutes of the game, LaFayette was held to just four points.

“We are not quite in shape for these numbers,” Threadgill said. “These guys are doing some heavy lifting and the teams that they are playing are just so much bigger, it’s taking so much out of them. That’s the challenge we’re going to accept.

Threadgill’s biggest take away was the small growth that the team showed on Tuesday.

The Bulldogs are scheduled to play Handley on Dec. 4 for their next game.