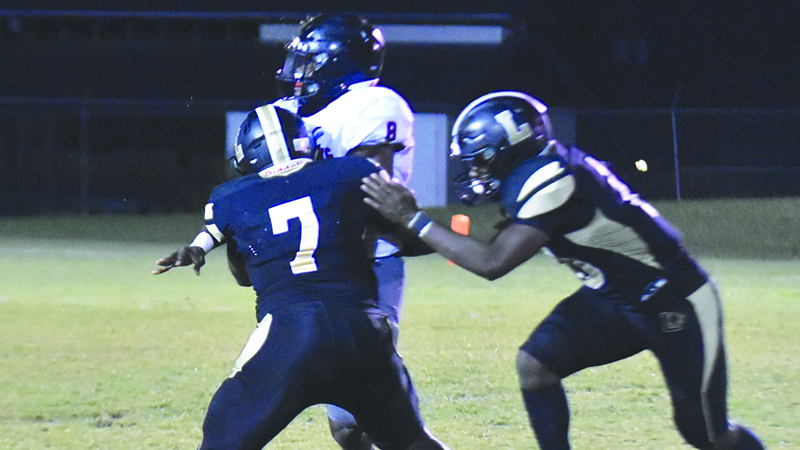 For the first time since Oct. 16, the Lanett Panthers will hit the road for their Friday night game. They will travel almost the entire length of the state of Alabama to play No. 3 Leroy in the quarterfinal game in the Alabama High School Athletic Association 2A Playoffs.

“I know we’re going to a very tough environment,” head coach Clifford Story said. “They’re a very traditionally rich program. They win, and they understand the importance of the game, just like my guys. You have to be able to travel. We’re not going to make any excuses, and we’re not going to put anything on the long ride. We’re just going to have the kids prepared to play and execute.”

The last time Lanett met Leroy was in Tuscaloosa on Dec. 8, 2017, in the state championship game. Leroy jumped ahead by 15 points in that game, but Lanett scored the game’s final 33 points to bring home the team’s first state championship.

There are very few players on either team that played very many snaps in that game three years ago, but both teams have their eyes set on advancing to the state semifinal game.

“As a coach, you don’t ever forget a loss,” Story said. “They lost to us in the state championship, so I’m sure that he [head coach Jason Massey] is going to have his kids fired up to redeem what happened in ‘17, but at the end of the day, the game is going to be won between the lines. It’s about both teams doing what their coach asked them to do.”

The Panthers have been able to stay healthy for most of the season, but in their last game, they lost senior Seidrion Langston to a knee injury that will end the rest of his season. Langston was a key member of the defense as he started at safety for most of the year but recently moved down to outside linebacker.

The Lanett coaching staff decided to make that move because of sophomore Elijah “La-La” Whitfield’s development during the season.

“I’ve seen the growth starting near the end of August, early September, but we were waiting for some things like his transcript to come in,” Story said. “He’s worked extremely hard to put himself in this position. Coach Charlie [Williams] does a good job of developing kids. His name started to come up more in our meetings, so I knew that he was heading in the right direction. He’s going to be called upon on Friday on both offense and defense to contribute to the program.”

Whitfield transferred to Lanett from New York and a big reason why it took so long for the sophomore to see the field was because of a delayed transcript. In Friday’s win against G.W. Long, Whitfield had an interception and almost caught two more.

When Whitfield took over after the Panthers’ bye week, the move took Jay Gibson out of the starting lineup. With Langston’s injury, Gibson is back at the spot he started at the entire regular season.

The winner of the top-3 matchup will host the semifinal game on Nov. 27.