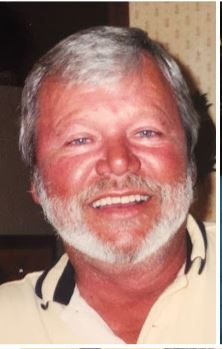 Minnard Winston Knight “Sonny”, age 71, died at home in Simpsonville, South Carolina on Nov. 13, 2020, with his loving family by his side. His passing comes after his decline in health over recent months.

Sonny attended Lanett High School and received an associate’s degree in Textile Management from Opelika Vocational Technical School.  After graduating, Sonny worked for West Point Pepperell from 1965-1976.  Following his time at West Point Pepperell, Sonny launched two businesses in which he took great pride, Sonny’s Custom Windows and Sonny’s Buck Stove in 1977.  Both operated until 1987 and then merged into Sonny’s Incorporated which he poured his life into before retiring in 2009.

Minnard Winston Knight “Sonny” was an avid golfer and enjoyed hitting the links with his friends who were often referred to as “The Dream Team”.  Sonny’s talent on the golf course led to him becoming the 2013 Riverside Country Club Champion, a title that brought him much pride and joy.  In addition to golf, Sonny enjoyed Alabama Football, NASCAR, and working on many projects with his brother, Ronny.  One special project, Jaycees, allowed Sonny to provide development opportunities to empower young people.  Out of all of his hobbies and interests, his favorite adventure was exploring the many sites of South Carolina with his bride, Jeannie.

His family knew him as a kind man who contributed to his community without ever expecting public recognition for his efforts.  Sonny loved his family and the memories they made while camping and boating during family vacations. His grandchildren and great-grandchild were the biggest part of Sonny’s heart, and his greatest blessing was watching them grow up.  Through his upstanding devotion to his community and to his family, Sonny Knight will always be remembered by those that he touched.

A special thanks goes to Chattahoochee Valley Hospice and Agape Care with an additional thank you to the nurses that took tremendous care of Sonny during this difficult time.

Services will be held at Bluffton Funeral Home in Lanett, on Tuesday, Nov, 17 at 2 p.m. In lieu of flowers, send donations to St. Jude’s Children’s Research Hospital, Sonny and Jeannie’s favorite charity.

The Rev. Bryan Breland will officiate.

For online condolences please visit our website at www.blufftonfuneralservices.com.