Springwood blown out by Escambia 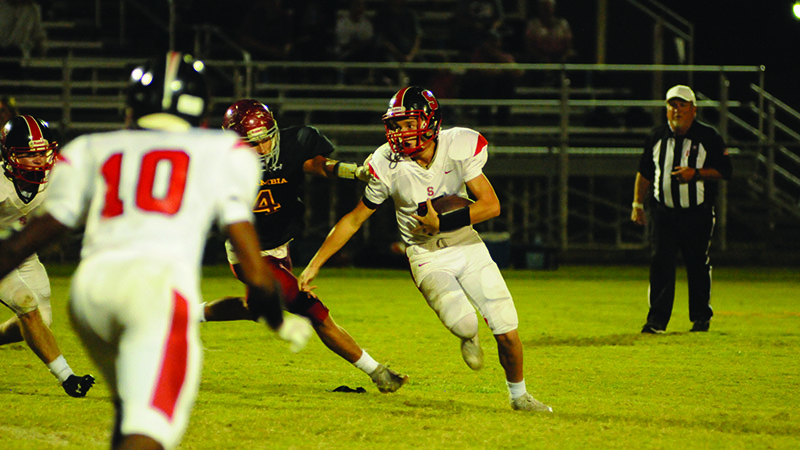 Escambia Academy’s fast start Friday ended in a 48-8 victory over Springwood School in the first round of the AISA Class 2A state playoffs.

“I don’t think we could’ve gotten in there more faster,” EA head football coach Hugh Fountain said. “That was a fast start for us. I told the boys at halftime, ‘that’s the way we should play right off the bat.’”

Fountain said he was pleased with the team’s effort.

During the second half, EA’s non-starters played the final two quarters, only allowing a touchdown from Springwood’s O.J. Tolbert early in the fourth.

“We told the boys we’d get everybody in the second half,” Fountain said. “I’m not much for a running clocks because they don’t allow for your younger guys to play a lot of the game.

Tolbert finished with a team-high 73 yards, 75 of which came in the second half. Overall, the Wildcats finished with just 83 rushing yards but picked up 31 yards through the air.