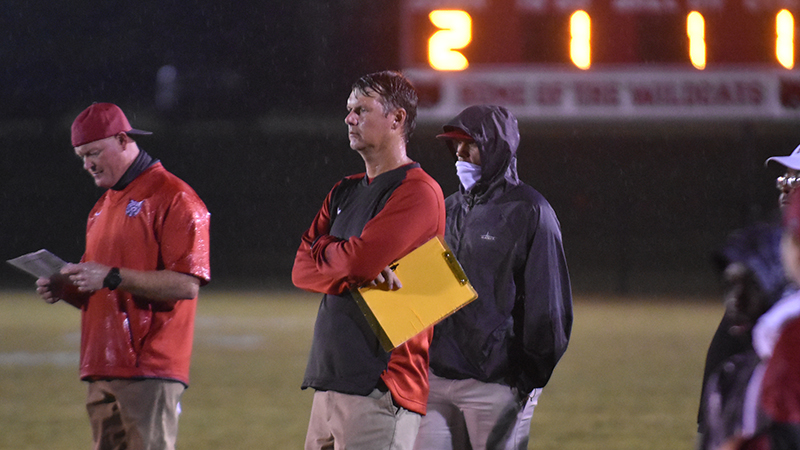 Springwood School is making a change at head football coach and athletic director.

John Gartman, who served in both roles, said Wednesday that he and the school have “parted ways.”

Springwood School did not respond to requests for comment.

Gartman has been the head coach for the Wildcats for the last three years, finishing with a 12-20 record. In each of his three seasons, the Wildcats finished with four wins.

In both of his two playoff appearances, the Wildcats were eliminated after just one game. They were outscored 96-29.

In the Wildcats final game, they lost to No. 2 Escambia 48-8. The loss extended the Wildcats playoff losing streak, as the last time Springwood won a playoff game was 2010.

“I enjoyed my time here,” Gartman said. “I loved the school and loved the people, and I wish them nothing but the best in the future.”

Before Gartman took the job in 2018, the Wildcats had missed the playoffs the previous two seasons. Springwood posted a job opening on its website and on the Alabama Independent School Association website on Nov. 9.

“The role of the head coach and program director is to be responsible for leading all aspects of the program including program administration, teaching sport skills, strategies and team dynamics along with providing direction to student-athletes for high-level skill development,” the job listing says. “The head coach also promotes character development, appreciation for discipline, sportsmanship and teamwork. Sport at Springwood School is about developing the whole person. Through the sport experience, an athlete is tested, challenged and given an opportunity to mature mentally, physically, emotionally and spiritually to develop a high-performance mindset that will carry them through life. A Springwood School coach needs to be committed to developing great players and be focused on preparing the athlete for a life of influence and impact. This role serves as a member of the faculty and staff and reports to the Director of Athletics.”

Before coming to Springwood, Gartman was the defensive coordinator for Escambia Academy, who he coached against in his final game as Springwood’s head coach.