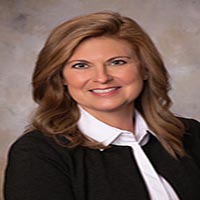 The Director of Community Engagement is a new role on the Leadership Team at Springwood School. It combines the leadership of admissions, development, and oversees alumni involvement. This role will focus on engaging families and communities along the I-85 corridor from Auburn and Valley, Alabama to Columbus and LaGrange.

Bradfield, a native of the Valley area, has lived in LaGrange for 30 years. She graduated from the University of Tennessee in 1990 with a bachelor of Science degree in Finance. S

he initially worked in banking and gravitated toward fundraising while serving on various boards.  In 1994, she served as Director of Development for Twin Cedars Youth Services and began a career working with other non-profits to develop fundraising plans, recruiting volunteers, and organizing special events.

She has served as President and Treasurer of many schools and community organizations which makes her uniquely qualified to collaborate with the Springwood School Family in its continued growth for the future.

She is married to Jamie Bradfield and they have 2 children, Sara Kate, 27, and Sam, 18, a Class of 2020 Springwood School alumnus.

“It is exciting to have Claire Bradfield join the Springwood staff,” Springwood School Head of School, Mr. Lowrie McCown said in a press release. “She encompasses a passion for the school and possesses a personality that will engage our current and prospective families. Her contagious enthusiasm will grow Springwood School’s enrollment, funding base, and essential alumni involvement.”

VALLEY — At Wednesday’s Valley Kiwanis Club meeting, Susan Otto talked about an organization she does volunteer work for that... read more