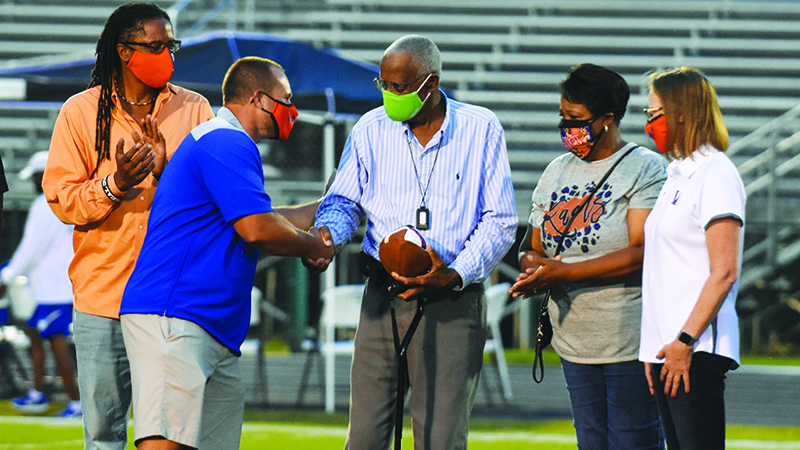 EDITOR’S NOTE: This is the third in a four-part series looking back at the year 2020.

Valley softball outfielder Faith Graben signed her official letter of intent with Thomas University. Graben barely got to play her senior year due to COVID-19, but as a junior, she hit .422 and finished with a .879 fielding percentage playing center field.

Shavario Brooks was promoted to head baseball coach at Lanett, replacing Hunter Ames, who stepped away to spend more time with his family. Brooks has been with the team the last three years and was a former Lanett baseball player.

Five local schools participated in the iHeart Media Fox Sports High School Football Media Days. It was a chance for the teams to showcase their programs. It was the first event that signaled football season would be able to take place.

The AHSAA and AISA released their rules and regulations for fall sports. This included changes to sidelines, stadium capacity and timeout regulations.

Chambers Academy hosted Autauga Academy for the first of three summer 7-on-7 games. The Rebels and Generals would later play in the first round of the AISA playoffs.

The city of Valley decided to cancel its youth fall sports due to COVID-19. The reason was due to the increased contact those sports (football, flag football and soccer) have.

Chambers No.4 in ASWA Poll

Chambers Academy and Lanett were both ranked in the top five to start the 2020 season. The Rebels ended up winning the 2A championship, while the Panthers lost in the third round of the playoffs.

One week before playing its first game, Beulah had to shut down its football team due to a positive on the team. This shutdown caused the Bobcats to miss the first three weeks of the season.

Lanett canceled its volleyball season due to concerns of COVID-19. At the time, all Lanett athletics were up in the air.

More than 100 golfers participated in the Walt Meadors Invitational, which raised more than $6,000 for Valley Haven. Most of the school’s fundraisers were canceled due to COVID-19.

Matt Foster made his MLB debut this year for the Chicago White Sox. Foster, a Valley alum, finished the year with a 6-1 record with a 2.20 ERA and 31 strikeouts. He helped Chicago make the playoffs for the first time since 2008.

Valley defeated Lanett in overtime on a run by Josh Heath. It ended up being one of two overtime losses for Lanett this year and one of Valley’s four wins this year.

Former LaFayette standout JaTarvious Whitlow signed his letter of intent with Western Illinois. Whitlow will play in the spring, as the Tigers will start in February.

After missing the first three weeks of the season, Beulah was able to play its first game of the season against Trinity. Head coach Matt Johnson missed the game because he was still in quarantine.

Valley celebrated its only football state championship before the Rams game against Sidney Lanier. The championship team was the first team in school history that had been integrated.