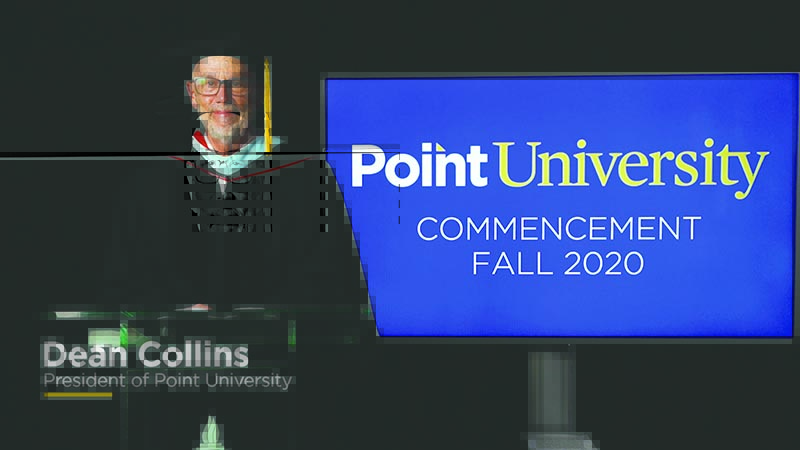 WEST POINT — Point University awarded degrees to 135 students Saturday during its virtual commencement, according to a press release from the university.

The ceremony, which was streamed live on YouTube and Facebook, featured a commencement address from a professional athlete and sports analyst Brian Jordan, formerly of the Atlanta Braves and Atlanta Falcons.

“It certainly has been an unusual year,” said Dean Collins, president, in his opening remarks. “But we want to create the most warm and positive experience for each of our graduates, who’ve earned the privilege of receiving their diplomas today.”

The graduates received degrees ranging from associate to master’s degrees, representing a wide variety of areas of study.

In his commencement address, Jordan focused on the university’s spiritual formation theme for 2020-21, “Rescued and Delivered,” reflecting on the times he experienced God’s deliverance in his own life and sports career.

“Believe and dream big,” Jordan said. “No dream is too small. You will have challenges in life; you will have obstacles to overcome. And if you don’t put God first, then it will fall by the wayside.”

“We have been through a crazy year with the pandemic,” Jordan said. “You have been challenged with remote schooling. Everything that could possibly go wrong this year has probably gone wrong, to a lot of people. But because you believed, you achieved today.”

Each year, the university recognizes an outstanding graduate from both the residential and online programs with the Hathcock Award, the highest honor given to a graduating Point student.

Named for the university’s founder, the award is given based on academic achievement, character and servant-leadership. This fall’s Hathcock Award recipients are Alaina Strickland, of Sharpsburg, Georgia, and Dana Osborne, of Martinsville, Ohio.

The ceremony will remain available for graduates and families to view on the University’s Facebook page and YouTube channel. For links to both sites, visit point.edu/commencement. 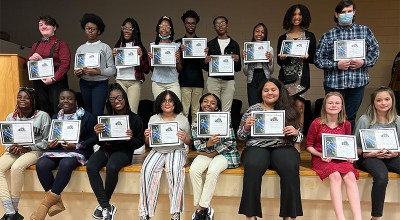