Sherrell steps up as leader for Rams basketball team 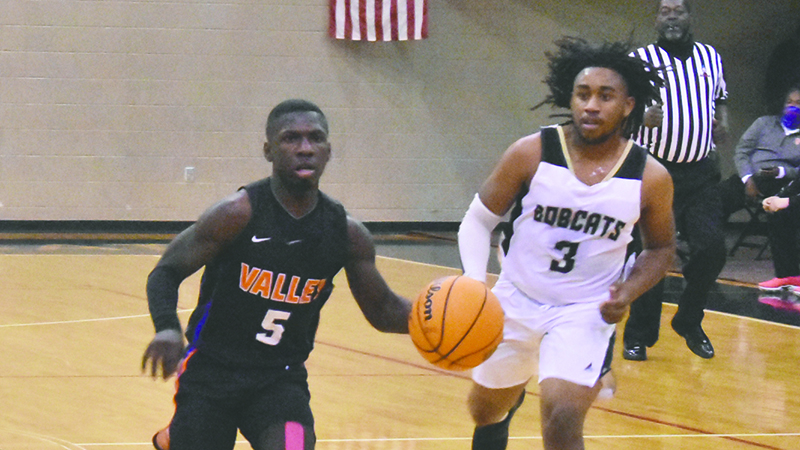 Kalen Sherrell has developed into a leader for the Valley boys basketball team. --File photo

Heading into basketball season, the Valley boys basketball team was kind of a mystery. The Rams still had Quez Trammell, who has been the leading scorer on the team the past two years, and Demarice Farrow, but the majority of the team was inexperienced.

Many others players had either previously been on the junior varsity team or had come off the bench in the latter part of decided games.

The Rams were looking for a leader to pair with the two seniors that can handle the ball, and junior Kalen Sherrell answered the call.

“As of right now, we’re in a rebuilding stage, so I need to step up and just be a leader,” Sherrell said. “Coach just said he needs more leaders on the court, so I just stepped up as a junior, even though we have three seniors this year.”

Sherrell was the Rams’ sixth man a year ago, playing huge minutes in big games a year ago. In a big game against Lanett, he knocked down key free throws in Valley’s upset victory. All of that experience is helping him be a leader on the team as a junior.

“He’s been a great leader on and off the court,” head coach Marshon Harper said. “I see it in the group text. He’s the one texting the players what time we need to be at practice, what color uniform and when we’re in the gym he leads by example. He’s always in the front of the line. He’s always doing the little things.”

In his junior year, Sherrell is one of the two starting guards. He is averaging 6.4 points and 2.3 assists per game, both of which are third on the team.

“He shoots the ball, handles the ball and plays defense well,” Harper said. “He’s doing a good job. I just told Kalen the sky is the limit.”

Sherrell is also constantly brainstorming with the current Rams players, so they can find a way to work best for the team, asking if they can tweak certain pick positions for example.

Sherrell said he always wants to be a player that the team can rely on during any situation in the game.

The Rams’ goal for the season is to win the area and host a first-round game in the AHSAA playoffs. So far, Valley is 6-2 this year and will continue to work for that goal on Jan. 2 when it plays Notasulga.