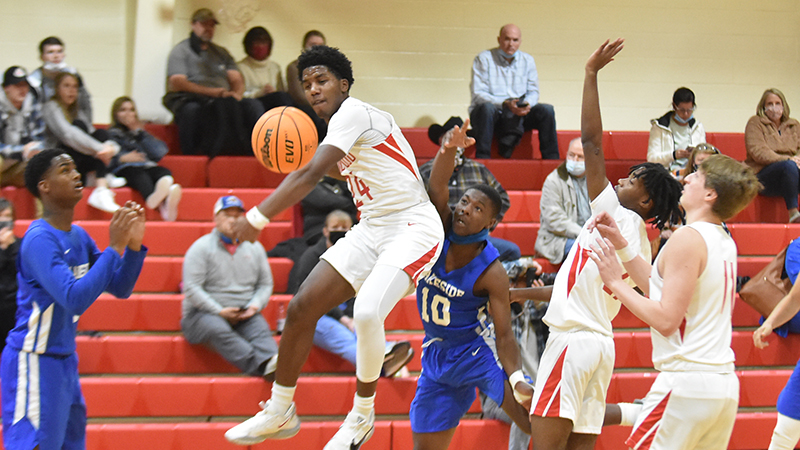 The Springwood boys basketball team is on a roll. The Wildcats are 4-0 on the season after blowing past Lakeside 65-42.

Playing tough defense has been a key for the Wildcats to start the season, and Tuesday’s win was no different.

In the opening quarter, Springwood jumped ahead quickly, scoring nine of the first 11 points of the game. At the end of the opening quarter, Springwood had already built a 10-point lead, allowing just five points in the quarter. Springwood’s 15 first-quarter points were scored off turnovers and free throws, as the Wildcats made all six of their attempts at the free-throw line and made three quick transition layups.

“That’s what we’ve been talking about all year,” head coach Lisa Sampson said. “We are building off what we did last year with the new faces we have. We’re just mixing it up. We mixed it up with a little press back to zone a little bit of man. From top to bottom, they’re just buying into what we’re teaching them. It’s fun to watch.”

Springwood continued its dominant pace in the second quarter, as it outscored Lakeside 20-10 in the quarter. Just as it did in the first quarter, the Springwood defense forced turnovers with their full-court zone, mixing in a half-court trap. The Wildcats hit seven shots from the floor in the quarter, most of which were in the paint. Six of the Cheifs points came from 3-point makes by Jeremiah Bowick, who hit three 3-point shots in the first half. Bowick was responsible for nine of the 15 first-half points for the Chiefs.

In the second half, the Wildcats started to ease up, playing different rotations than they did in the first half.

For most of the second half, Sampson was able to empty her bench, something she has had the opportunity to do in three of its four games this season.

“That’s what it’s all about,” Sampson said. “Some of those guys that don’t play as much, they work just as hard as anybody. To give them some minutes and have some positive things happen for them is going to make us better in the future.”

The Chiefs scored 27 points in the final two quarters, most of which were scored from beyond the arc, as five of the seven field goals were 3-point makes.

Tyrese Ferguson was Sampson’s player of the game. The senior finished with 14 points and was perfect from the free-throw line, hitting all six of his attempts. What was more impressive to his head coach was his defense.

“Tyrese is just playing strong for us,” Sampson said. “He sets the tone with the defense. He gets the turnovers. He finishes and gets the rebounds. He and Eli [Westbrook] were big for us on the inside and they were big for us.”

Sophomore Chevyn Goode and senior Will Craft finished with nine and six points respectively off the bench.

Sampson credits the team’s chemistry to the hot start to the season.

“The chemistry and the basketball IQ has improved from last year,” Sampson said. “We have some new faces that have played quite a bit. It’s how they’ve meshed together and work together to find the open guy. They’re not about a stat builder. They’re about finding the open guy and whoever scores scores. That’s fun.”

The Wildcats put that chemistry and hot start on the line on Thursday as they host Escambia.