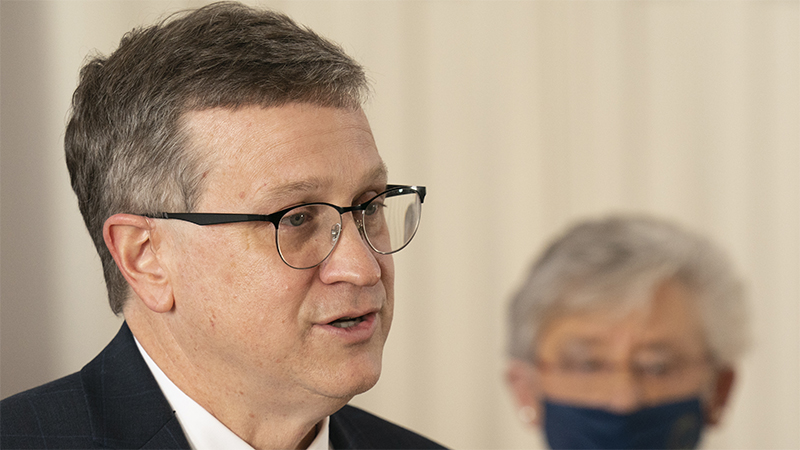 On Wednesday, Alabama Gov. Kay Ivey announced the current Safer at Home Order, which was set to expire on Dec. 11, has been extended to Jan. 22.

“Because the pandemic has stretched much longer than we ever imagined, we are downright exhausted by the disruptions to our daily lives,” Ivey said. “Even though the vaccine’s delivery is right around the corner, we should not lull ourselves under complacency by thinking that we are out of the woods yet. To the contrary, these are some of our darkest days since COVID-19 became part of our daily conversations.”

According to State Health Official Dr. Scott Harris, the state of Alabama has roughly 2,100 people hospitalized from the virus.

That is 500 more hospitalizations than in July when the state was having its worst outbreak of COVID-19 at the time.

Harris also said there are roughly 3,000 new cases per day in the state.

“These are not backlogs or data dumps, but these are new cases for us,” Harris said. “We just have to remember that we have almost 4,000 of our families, friends and loved ones that aren’t going to be here this holiday season. If you had a 747 crash every month for the last 10 months, that’s how many people we’ve lost in the past 10 months in our state. We want to keep that from continuing.”

The only change to the current order is the extension of the expiration date. All other limitations have remained the same.

“Let me remind the people of Alabama as clearly as I can, wear your masks, wash your hands and sanitize your personal stations as much as possible,” Ivey said. “I’m not trying to be Governor Memaw, as some on social media have called me. I’m trying to urge you to use the common sense that the good Lord gave each of us, to be smart and considerate of others.”

Ivey reopened businesses in May and said on Wednesday that she and her staff have not considered another lockdown.

“Because we have learned to live with the virus and incorporated precautions into our daily lives, we’ve been able to loosen the restrictions on gathering sizes and reduced occupancy rates, even as many other states around the country are reversing course,” Ivey said. “This is largely due to the responsibility of the people of Alabama wearing a mask to keep themselves and others safe. We’ve returned to school, church and work on the conditions of simply wearing a mask.”

Harris informed the state that Alabama should receive a vaccine early next week, depending on the Food and Drug Administration [FDA] and Advisory Committee on Immunization Practices [ACIP]’s approval of the current vaccine.

Harris said the expected vaccine will be the Pfizer vaccine. The vaccine must be held at minus 80 degrees centigrade freezers, so not every hospital will be able to receive a shipment of vaccines. Hospitals are also expected to get out all of the vaccines within a 10-day window after receiving a shipment, which has 950 vaccines.

“There are only a handful of places that can store the vaccine at that temperature and help us get out at least 1,000 doses or more in that period of time,” Harris said.

Harris said 15 hospitals around the state can meet and have accepted those requirements.

“We can reach the majority of people in our state just from these 15 sites alone,” Harris said.

Harris said the Moderna vaccine should be released the following week along with more Pfizer products.

“The Moderna product is a lot easier to handle in terms of the cold chain requirements. It can go in a regular freezer,” Harris said. “It will be able to get to a lot more places a lot more easily than the Pfizer product.”

Front-line health care workers and residents of nursing facilities will be the first group to receive the vaccine.

“There is going to be a scarcity of the vaccine, and it will continue for quite a while,” Harris said. “We want people to understand that … It’s going to take a little bit of time before we have enough to go around.”

Harris said the state is expected to get more than 41,000 doses of Pfizer product. All 41,000 products will be dose one. Dose two will be received a few weeks after. The Moderna order will be roughly the same size.

Harris said it would likely be early summer before the average Alabama citizen will have a chance to receive the vaccine, due to the scarcity and priority listing of health care workers and nursing home residents.

“By then, we hope to have recruited many different providers and clinics to administer the vaccine,” Harris said.