Tramell looks back at West Point’s growth in 2020 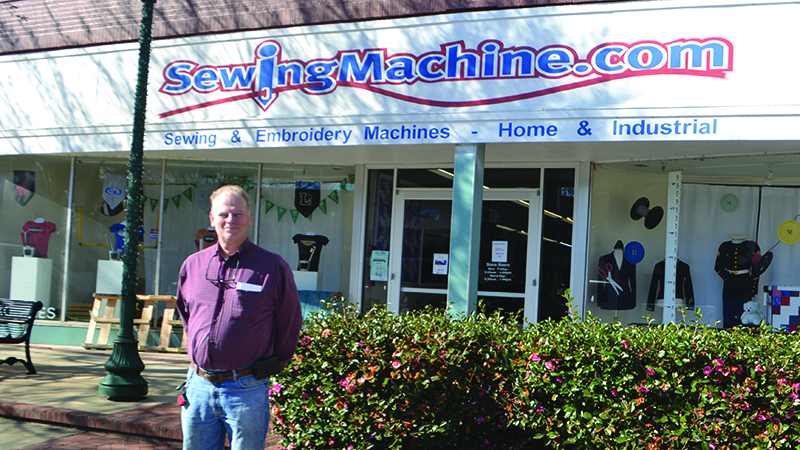 WEST POINT — Like most cities in the U.S., West Point endured a difficult year in 2020 with the COVID-19 pandemic. The shutdown and slow pace of business that followed hurt local businesses, but it could easily have been a lot worse.

Mayor Steve Tramell is pleased that all of the downtown restaurants are still open for business and some new businesses have joined them.

“As bad as it was with COVID, West Point is positioned for future growth in 2021 and beyond,” he said.

Located at 812 West 3rd Avenue just across the street from sewingmachine.com, Point Nutrition is doing well. Owned by Brandon and Dakota Stewart, the new business has a fitness menu featuring loaded teas, beauty drinks and specialty drinks. There’s plenty of room inside for tables once the pandemic ends.

The first new business to open in downtown West Point in the new year will be the Brooks & Jones Tax Service. It will be located at 715 West 2nd Avenue. It will open for business on Monday, Jan. 4 and will have their grand opening on Saturday, Jan. 9.

Jennifer Hull will be opening a new business on West 3rd this spring. She will call it The Leaves of Lowell Street. The name is a tribute to her grandmother who lived on Lowell Street in Ninety-Six, South Carolina. Her downtown shop will have gifts, floral designs and home decor.

The biggest news for West Point is the recent announcement that a major new industry is on the way. Hyundai Transys will be building a 640,000-square-foot building that will be employing an estimated 800 people. That’s up from the initial announcement of 678 new jobs.

Hyundai Transys is currently a supplier for KMMG. It is located on the Kia pad and supply transmissions for vehicles assembled in West Point and at HMMA in Montgomery. Hyundai is the world’s largest company specializing in transmissions. The new West Point plant will be manufacturing transmissions for automobile manufacturers other than Kia and Hyundai. Work is under way on the south end of the Kia pad, where the new building will be located.

“They are doing some geotechnical work that has to be done with these projects,” Tramell said.

Next to the Kia announcement in 2006, this is the single-biggest announcement that’s been made in terms of new industry coming to West Point.

In more good news, JinTech, a Kia supplier located in the Northwest Harris County Business Park in West Point has announced a $70 million expansion that will create 40 new jobs at the plant.

Going up near the West Point Coca-Cola plant will be a 79-unit apartment complex that will be an ideal place to live for anyone who works for KMMG and its suppliers.

Tramell is looking forward to three new roundabouts being built in West Point. Two of them will be at Exit 2 off I-85 and another at the junction of Highways 18 and 103.

Tramell is hopeful these projects will expedite the opening of a Love’s Truck Stop that’s going to be built across from Frisky Whiskey.

Tramell is expecting West Point to be a destination, where people come to live, work and play. “We are heading to a good future in West Point,” he said. “We are getting new jobs and housing growth. We are already a college town, and that’s good. Like almost all colleges and universities, Point University had a difficult year with COVID. Hopefully, they will come out of it stronger.”

The East 10th Street area is well-positioned for new growth. Some land has been cleared and sites prepared for future construction. One project could be a senior housing area.

“This would be great for our area,” Tramell said.

Some new signal lighting and signage will soon be going up at the intersection of 10th Street and MLK Avenue.

“All in all, we have to admit that 2020 was a depressing year with COVID,” Tramell said, “but there is a lot of hope for West Point and the surrounding area. We have a lot to look forward to in the future.”