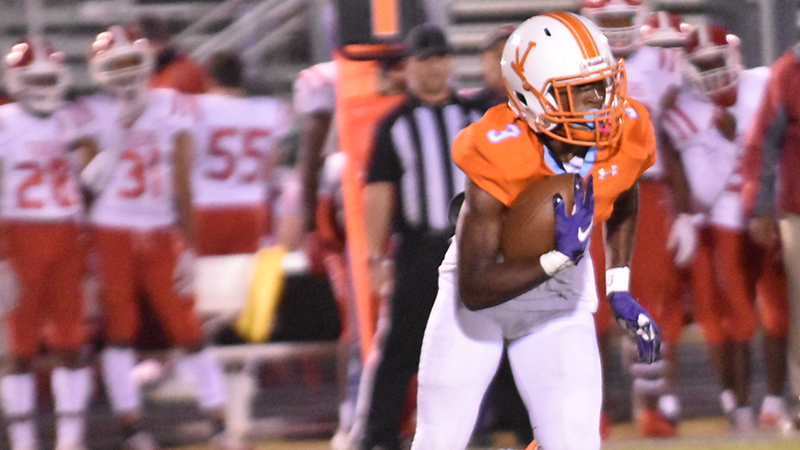 A second Chambers County football player decided where he would continue his football career earlier this month, as Valley linebacker Tino Linson committed to play at Wisconsin Lutheran College.

“In my opinion, it felt like family. It was a very good environment,” Linson said. “Everything just seemed good.”

That family atmosphere was evident to Linson and his family as Eric Treske made the trip to the south to visit the Linsons and talk about the program.

“That showed a lot for him to come down to Valley just to meet me,” Linson said.

Linson was one of the Rams’ two dominant linebackers that clogged the middle of the field. As a senior, Linson finished with 39 tackles in five games and had one sack.

While also playing inside linebacker, Linson played some running back, carrying the ball whenever Josh Heath needed a break or the Rams needed a change of pace.

“We’re excited for Tino. They’re picking up a great kid and a leader,” Valley head coach Adam Hunter said. “He’s going to be one of those kids that works on and off the field and in the classroom. He’s going to put in the effort. We’re proud of him … The most important thing is that he takes care of that degree, and that’s what we’re excited about.”

Linson will take his official visit on Jan. 8, which will be his first time to Wisconsin and one of the first times he will have a chance to leave Chambers County, something he really wanted to do.

“The main goal is to get out from Valley,” Linson said. “I really just want to explore a little bit more.”

At the next level, Linson will move to safety, a role he has played sparingly throughout his Valley career.

“I’m excited to try something new and adapt to it,” Linson said. “I want to show that I can cover and play multiple positions.”

The 6-foot senior showed in his time at Valley that he could cover a running back or tight end moving across the field consistently throughout the game, as he was one of the better cover linebackers on the team. He feels that experience will help him in his transition to safety.

“Recognizing plays will translate over from playing linebacker,” Linson said. “At linebacker, you have to react really fast. You know you’re the strongest of the defense. I think I’ll be able to recognize things really fast.”

Linson will also pursue a major in sports management, which was something that he was looking for in a school before making his decision.

The Warriors were one of the many schools that pushed their football season to the spring instead of playing in 2020. This is Treske’s first year as the Warriors head coach, taking over a team that finished 2-8 in 2019.