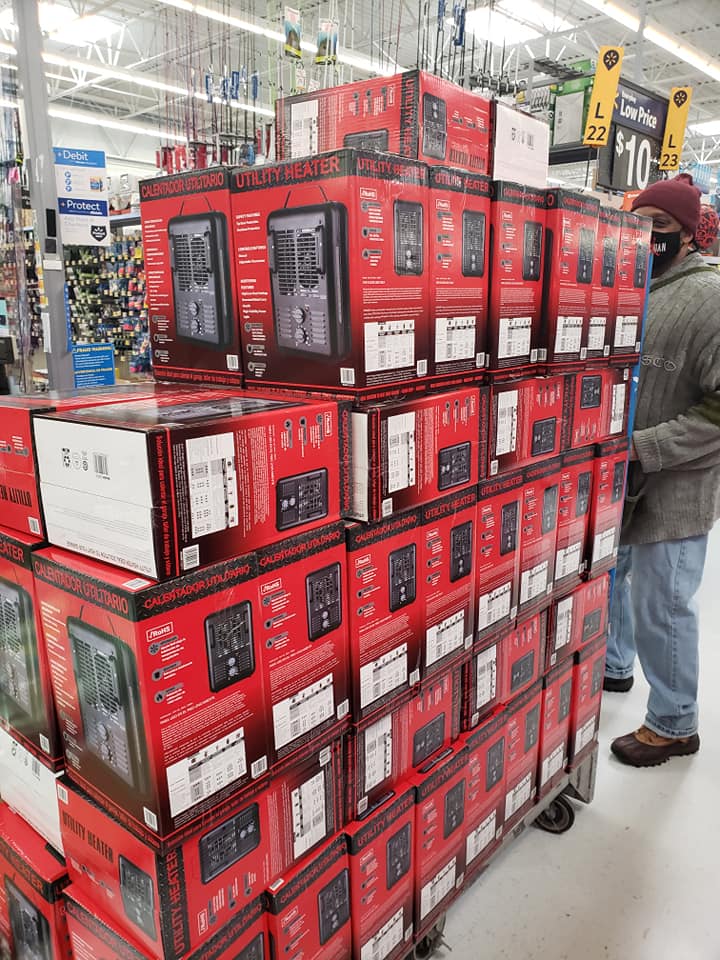 A Facebook post led one local man to deliver 70 space heaters to people in need throughout Chambers County and LaGrange.

Patrick said he was on a shopping trip to the Valley Walmart when he decided to go check out the section with heaters.

“I went over to the side where the heaters and stuff were and I saw they had some small heaters for like $20 apiece,” Patrick said. That was where the idea was born. “I was like, I’ll buy five of them, and I’ll see how many people I can get to donate,” Patrick said.

He took to Facebook once again and posted, “I saw a pallet of small space heaters at Walmart. They were $20 each. Two questions. 1. Who knows someone who needs a heater? 2. How many of you are willing to Cashapp me $20 or more, so we can buy them up and help people stay warm? I’ll buy five of them.”

The post gathered 100 comments, with most of them simply saying ‘I’m in,’ and within an hour Patrick had collected enough money to purchase 70 heaters from the Valley Walmart. Patrick said he stopped the donations at $1,400 only because he was not sure how many heaters Walmart had in stock.

Patrick did not have a target number in mind when he put the post on Facebook. He just knew there were about 50 heaters on the shelf at Walmart and was confident that he could hit that number.

“It did not surprise me that our community would have come up with it [donations],” Patrick said. “The whole thing that surprised me was it was just a quick thought, and I typed the text and hit send.”

Purchasing the heaters was one thing, finding people to deliver them to was another. However, Patrick said that came together just as quickly and that he was able to distribute all the heaters within two days.

“I had it in my mind that I was going to have to have to go through all this stuff and really find people who needed them, but then people were coming, churches called, there were a few people who knew elderly people that needed them,” Patrick said.

Patrick, along with West Point Council Member Henry Hutchinson and local businessman Aaron Lewis, has started a youth group called Revitalizing Education and Leadership (REAL) Academy in West Point. REAL brings kids between the ages of 12 and 18 together to mentor them on real-life scenario training.

“REAL focuses on making sure our youth have the soft skills and real-life scenario training needed for them to transition into young adults,” Patrick said.

The COVID-19 pandemic put REAL on hold for a bit, but Patrick says once COVID-19 is over they plan to continue.