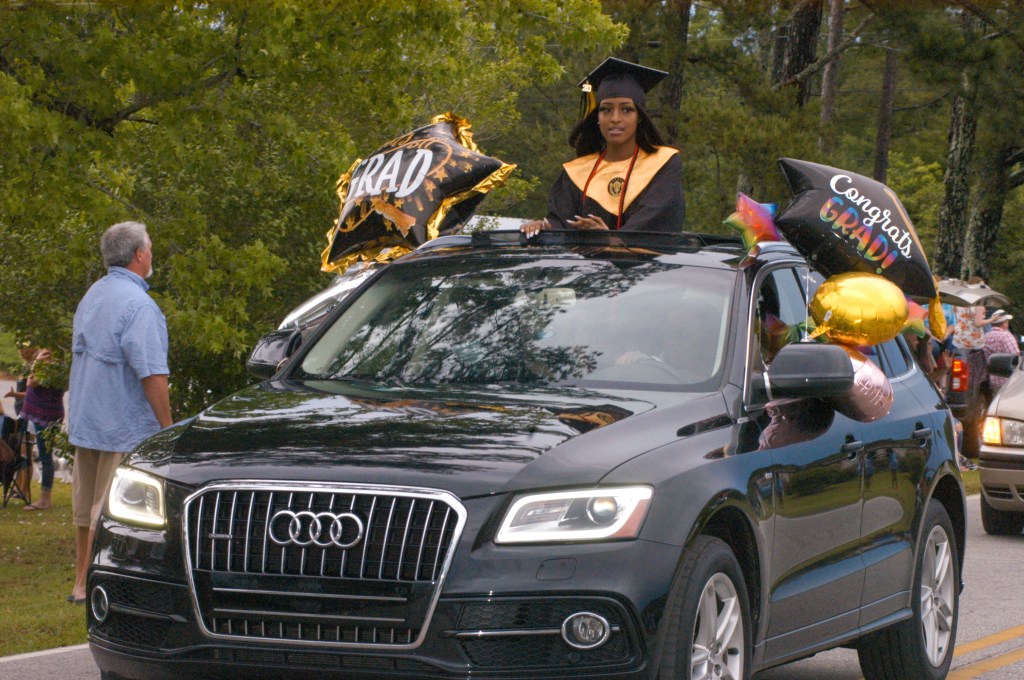 EDITOR’S NOTE: This is the second in a four-part series looking back at the year 2020.

Going on a bear hunt

West Point native Judy Wilkinson started a local bear hunt for families during COVID-19. Businesses in the Greater Valley Area, along with those in Troup County, put stuffed animals in windows so families could see them on drives or walks.

Three workers at Kia Motors Manufacturing tested positive for COVID-19. This came about two weeks after five employees went into self-quarantine after potential exposure to the virus.

After already announcing students would not return to campus for the remainder of the 2019-20 school year, the CCSD announced how the final two months would go for students in the district, including how grades would be counted.

The LaFayette City Council unanimously approved a declaration of emergency, making it the third city in Chambers County to approve the action.

Georgia Gov. Brain Kemp signed an executive order that implemented a statewide shelter in place order. Kemp said the primary reason for the order was to protect the citizens of Georgia and help hospitals.

Two weeks after a COVID-19 test was positive, Chambers County had 338 unemployment claims, which was up 86 percent from the previous week.

Alabama Gov. Kay Ivey and State Health Officer Scott Harris announced the state’s stay at home order. The order stated unless there was an essential reason, citizens were to remain at their place of residence. At the time, Chambers County had 80 COVID-19 cases.

at SewingMachine.com sew over 500 masks

West Point Mayor Steve Tramell, Sheila Simpson, Penney Daniel and Rachel Ramirez and several other women from the Georgia-Alabama State Line Chapter of the Quilts of Valor made more than 500 masks to donate to hospitals during the early mask shortage at the start of the pandemic.

County up to eight COVID-19 related deaths, second most in

Chambers County was a hot-bed for COVID-19 during the first few weeks of the pandemic. In early April, the county had more than 100 cases, which was the sixth county in the state to reach that number and eight deaths, which ranked second in the state.

Three Lanett employees tested positive, which led to the closure of city hall for four days of extensive cleaning.

A Diversicare worker, who was not a direct caregiver to residents or patients, tested positive for the COVID-19.

Lanett’s downtown fountain was turned blue in honor of first responders and hospital workers. It was blue until the fountain went down for maintenance in May.

Chambers County was at 225 cases and 10 deaths, which was fourth-most in the state. At the time, there were 118 deaths statewide.

The Chambers County Health Department, along with nurses from the East Central District, held a drive-thru COVID-19 testing. At the time of the testing, there were 231 confirmed cases of COVID-19 in the county.

Georgia to allow some businesses to reopen

Gov. Brain Kemp announced that some businesses could start to reopen. Kemp was one of the first governors to allow businesses to reopen after shutting them down.

KMMG started making face shields in response to the shortage of personal protective equipment. Shields were donated to hospitals in Georgia, Alabama, New York and California.

After closing for a few weeks due to the pandemic, Daniel’s Drive Inn reopened and celebrated its 70th anniversary. Though it wasn’t able to have a huge celebration, Daniel’s made shirts to celebrate the achievement.

Two days before the shelter-in-place order expired, Ivey announced the first installment of the state’s safer at home order, which allowed some retail businesses to reopen. Businesses were limited in their capacity. Elective medical procedures were allowed to start back as well.

Members of the Circle of Care drove throughout Valley and Lanett honking horns and playing music showing its members that it was still there to serve the community’s needs.

Point University held its 2020 graduation ceremony virtually. It had a PowerPoint dedicated to the graduating class and had a message from Chick-fil-a president CEO Dan Cathy.

For the first time in six weeks, local businesses started to reopen their doors as the safer at home order went into effect.

With the safer at home order changed, the Valley Community Center was able to reopen for the first time since March 17. The restrictions limited the occupancy and the hours it was open, as it needed to be cleaned multiple times a day.

The LaFayette and Lanett Annexes opened to the public on May 18 with limitations. Valley and Lanett city halls had reopened a week earlier, while LaFayette had a meeting later in the week to decide when to reopen city hall.

After battling an illness for several months, Lanett council member Shirley Motley died. She was replaced by her son, John, who filled out the rest of her term on the council.

Both the CCSD and Lanett City Schools gave out free lunches to the children in their school districts. In the 42 days of handouts, 77,680 lunches were given out.

The city of Valley celebrated its 40-year anniversary as a city. The city incorporated the towns of Shawmut, Langdale, Fairfax and River View.

The Springwood class of 2020 gathered together one final time on its football field to hold its graduation ceremony. The students participated in a short parade before having the actual ceremony on the field.

Beulah grads participated in parade, cross stage to get diplomas

Members of the 2020 graduating class from Beulah participated in a parade that took them to the front of Beulah Elementary School, where they crossed a stage to get their diplomas.

Kia shuts down due to supply issues

KMMG suspended production for three days due to positive COVID-19 tests from members of its workforce.

The Valley City Council approved a three-year agreement with the Chambers County Emergency Communications District. The only change was a 2 percent increase, so the CCECD could hire a full-time dispatcher.

The Lanett class of 2020 received its diplomas on the field at Morgan-Washburne Stadium.

Junior Ambassador of the Year

Lanett graduate Jaren Ross was named the inaugural Mister Miles College, which is given to the student that represents the college the best.

The 2020 LaFayette senior class graduated in its gym. The class received more than $28 million in scholarships.

Valley High School graduated its 2020 senior class in four shifts. Due to weather, the 184 students graduated in the Valley Community Center’s gym, as students were separated in order to comply with social distancing guidelines.

After serving as the interim principal for the 2019-20 school year, Bryant Lumpkin was named Lanett High School’s principal.

The Chambers County School District announced it would start in-person classes on Aug. 12,  which it was able to do. Since starting on Aug. 12, there has been only one shutdown due to a high number of employees quarantining.

The Chambers County School Board approved the hire of Chad Smith to be the principal of W.F. Burns Middle School.

Lanett Mayor Kyle McCoy proclaimed Juneteenth a city holiday at a Lanett city council meeting. It was the 10th year in a row that the holiday was recognized in Lanett and West Point.

Chambers Academy graduated its 2020 senior class on the field at Torbert Field. It was the final class in Chambers County to graduate.

Citizens from Lanett and the surrounding cities held a peaceful protest following the death of George Floyd.