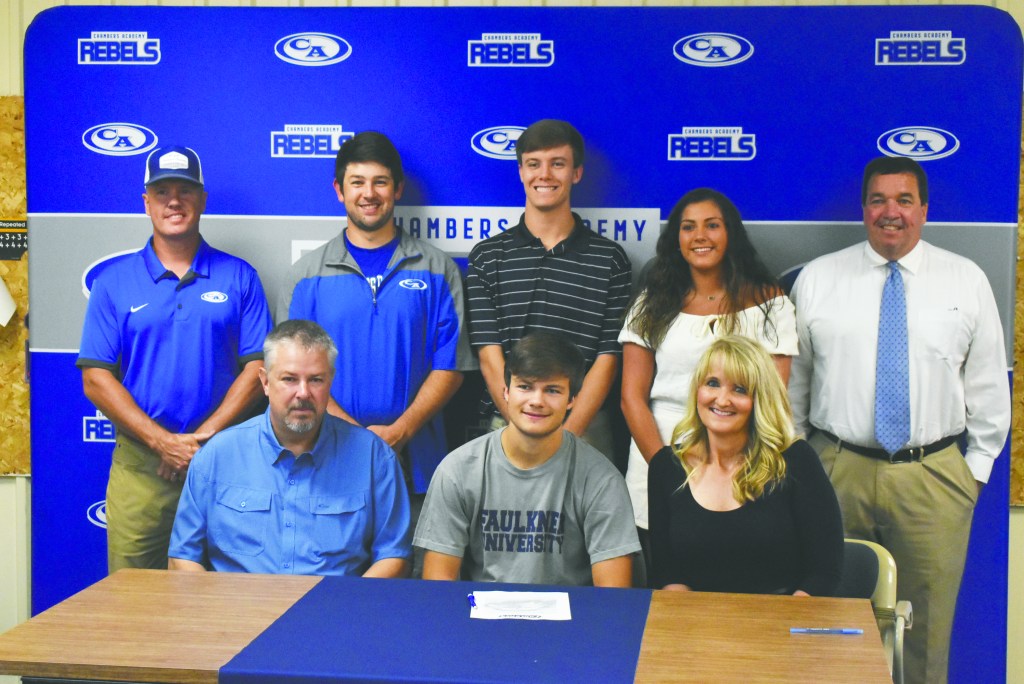 This is the second part of a series detailing the sports year in review in Chambers County.

Lanett defensive lineman Eric McCants committed to play football at Garden City Community College. He finished with 11 sacks during his senior year at Lanett. He was the fourth player from the 2020 class to commit.

Springwood point guard McKayla Barber committed to continuing her basketball career at Faulkner University. As a senior, she finished with 11.1 points and 4.8 assists a game.

Valley eighth-grader Jackson Sanders committed to play baseball at Auburn. Sanders pitched 20 ⅔ innings in a shortened season, finishing 3-1. He is now a freshman at Valley and will be able to pitch deeper into games than he was a year ago.

LaFayette senior Corey Boston chose to sign with Snead State to continue his basketball career. Boston was the Bulldogs’ point guard that led the team to the state semifinal game.

Valley juniors Quez Trammell and Demarice Farrow picked up their first college offers to continue their basketball careers. Trammell’s first offer was from Coastal Alabama Community College, while Farrow’s was from Atlanta Warriors.

After delaying its decision for a couple of months, the Alabama Independent School Association officially canceled its spring sports season. There had been talk of AISA schools holding playoffs in May or June.

The 2019 1A Champion Lanett football team received its championship rings. While it wasn’t able to celebrate the way head coach Clifford Story had planned, the team was able to meet for a few minutes to get its rings.

After coaching at his alma mater for three years, Valley football head coach Buster Daniel retired from public schools and took a head coaching job at Lee Scott Academy in Opelika. Daniel led the Rams to their first region championship since 2011.

After head basketball coach Richard Carter retired in February, Story promoted assistant coach Trentavious McCants to head coach. McCants had been with the team for the last six years.

Due to the Alabama Department of Health’s news COVID-19 numbers dropping in the state, the Alabama High School Athletic Association announced schools could reopen campuses for summer workouts by early June.

Springwood star forward Francis Okeyia committed to play basketball at Brescia University, an NAIA school in Kentucky. In his lone year at Springwood, the 6-foot-5 forward from the UK averaged 19.6 points, 11 rebounds and 6.7 assists a game.

West Point native Bruce Andrews was named the inaugural Peachbelt Conference Attacker of the Year, which is given to the player with the most kills in League of Legends. Andrews finished the year with 181 kills in 11 matches. He is on the League of Legends team at Columbus State University.

LaFayette guard Tae Burton committed to play basketball at Shelton State, which is one of the best junior colleges for basketball in the state of Alabama. Burton led LaFayette in scoring, finishing with 19.1 points a game as a senior.

Chambers Academy tackle Jake Waldrop signed his letter of intent with Faulkner University to play football. Waldrop was the second member of the 2019 Rebels football team to sign with Faulkner.

Chambers Academy pitcher Caydon Smoot signed with Southern Union to play baseball. Smoot is a left-handed pitcher that has great control of the strike zone.

Brody Smoot became the third member of the 2019 Rebels’ football team to sign with Faulkner University. Smoot plays outside linebacker. In his last two years at Chambers, Smoot finished with 100 tackles and 21 sacks.

Athletic Director Adam Hunter was promoted from assistant coach to head football coach at Valley High School. Hunter had been a football assistant at the school since 2007.