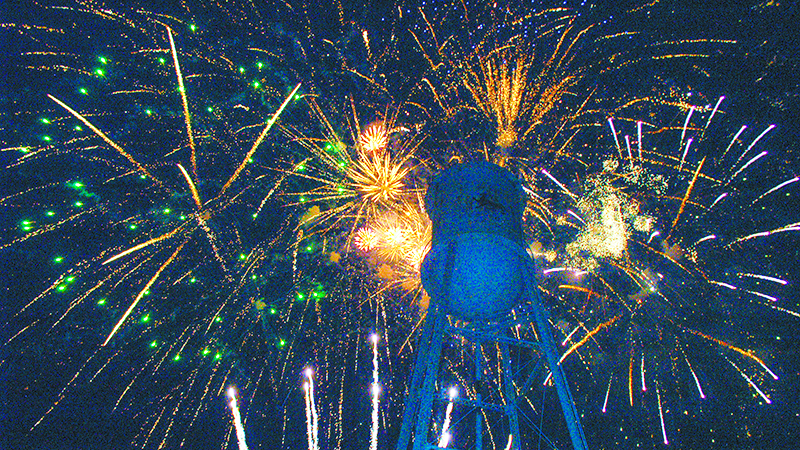 EDITOR’S NOTE: This is the third in a four-part series looking back at the year 2020.

Alabama Gov. Kay Ivey extended the state’s health order limiting the number of people in restaurants but did not issue new restrictions as the pandemic worsened.

The Chambers County Commission agreed to a 20-year lease for the county landfill with Chambers County Landfill LLC. The county receives $4,250 a month rent and an additional $1 per ton for everything that has gone in the landfill that month.

Valley Haven School missed out on its Hike/Bike/Run fundraiser due to COVID-19, but local 8-year-old Haven Miller wanted to help. She donated all the money in her piggy bank to Valley Haven. It’s estimated it could’ve been up to $30.

The Chambers County Sheriff’s Office and city of Lanett joined together to hold a benefit hamburger sale to assist a Lanett Street Department employee who was injured in a fall from a tree on May 16. Jerry Lloyd had been injured when he fell about 30 feet while he was cutting a limb.

The Village, volunteer clean up Lanett

Approximately two dozen volunteers from The Village took part in a litter cleanup in areas of Lanett in July. The city of Lanett honored the group for their work.

Doug Collins, who eventually missed out on a run-off to determine an open Senate seat in Georgia, visited West Point in July.

Superintendent Kelli Hodge released an update on the school system, noting that students would be able to choose between traditional school and virtual school, plus online/remote learning and a blended option.

Qualifying wraps up for election

There were only a couple of competitive races after qualifying wrapped up for the Aug. 25 election. Lanett Mayor Kyle McCoy faced opposition from Stanley Roberts and in district 5 John Motley face competition from Tony Moffett and Tifton Dobbs. In LaFayette, Barry Boody faced off against Brandon Brooks, Anna Troxell and Kenneth Vines. District A in LaFayette saw Emily Milford and Terry Mangram face off and in District B Charlotte Blasingame had competition from Shannon Hunter and Andrew Vines. In District D, Patricia Davis faced Michael Ellis. In Valley, Jim Clark was opposed by Bo Colley in District 1 and in District 2 Jim Jones was challenged by Whit Bradley.

Bruce Emfinger was named the new chairman of the board for the Chambers County Development Authority.

Jaquarius “Quae” Houston died suddenly over the weekend. Houston was a part of four state championships as a Panther, winning two in both football and basketball. Houston had been committed to play football at Faulkner University in the fall.

Ground was broken on John Soules Foods in August. Construction was estimated to take 13 months.

Ted Craig, manager of the Chambers County Public Lake, resigned after a deal couldn’t be worked out to allow more camping at the lake.

The Chambers County School District had its first student test positive for COVID-19. The student was a virtual learning student and had not been on campus.

The West Point City Council passed a mask ordinance at its August meeting.

The city of Lanett celebrated its 125th year anniversary and Labor Day with a big fireworks show.

Hennon King, who started King Ford, died in September. King first opened a Ford dealership in LaFayette in 1969. In the mid 1980s, he relocated to Fob James Drive in Valley just off Exit 77 on Interstate 85.

A ribbon cutting was held at the Chambers County Jail in September, officially opening up the James C. Morgan Detention Center. The project cost $4.9 million and will add 120 beds to the jail.

The allegations include that McCoy was not paying the utility bill at his home or personal business, that the mayor’s significant other was being allowed to drive McCoy’s city vehicle and that people unrelated to the city were taken on beach vacations to various locations.