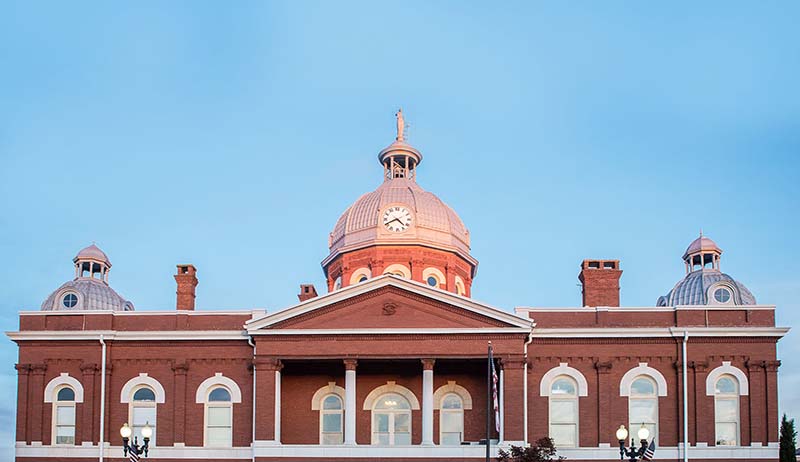 The combined cost to sanitize both the Chambers County Courthouse and Lanett Annex came in at a cost of $19,000 County Attorney, Skip McCoy said during the commissions Monday meeting.

On Friday, Jan. 15, the Chambers County Courthouse in LaFayette and the Lanett Annex were closed until the end of January due to a large number of positive cases among employees.

“There have been outbreaks at both the Courthouse and the Annex,” County Attorney Skip McCoy told The Valley Times-News. “Some offices inside the courthouse have had to close due to the infection. This is something we need to do to safeguard both the staff and the public.”

McCoy said he met Friday morning with the local judges and some county commissioners to discuss the situation and they all agreed on the closures needed to be done, effective immediately.

McCoy said Commissioner Doug Jones and County Manager Regina Chambers worked to obtain quotes to disinfect both buildings. The county contracted with Germishield Environmental Service out of Ft. Mitchell to do the work.

Jones said the cleaning was thorough and was not limited to merely spraying the building.

As part of the services, Germishield prepped the area with dehumidifiers, treat air condition vents, disinfect and change the filters on the first day. On day two, they cleaned and sanitized bathrooms, wipe down all touchpoint surfaces, clean all windows and doors, shampoo all carpets, mop floors and stairways. On the third day, Germishield used a fogger to further disinfect the buildings. Finally, spray germ protection that seals the facility against germs for up 3 to 4 months.

The timeline for the closure of both facilities and how quickly Germishield was able to get in and complete the work offers more assurance that both the courthouse and annex can reopen as scheduled on Feb. 1.

“With this timeframe, get everything disinfected, get everything cleaned and there would be that time that would allow anything that might have been missed, to die on its own,” McCoy said.

The Alabama Bid law requires a competitive bid process for expenditures of $15,000 or more. In this case, McCoy told the commission he felt could be justified as an emergency.

“Even though both of these are under the $15,000 bid law, when I look at the combined project, it would exceed that being a total of $19,000,” McCoy said. “But under the circumstances, I told him [Jones], I felt like we could justify this as an emergency situation that required immediate action to be an exception to the bid law.”