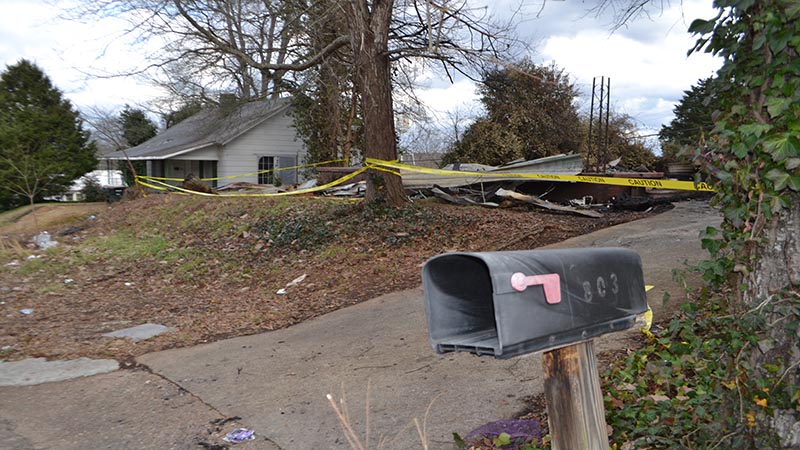 An abandoned house located at 803 North 2nd Avenue in the Lanett mill village burned to the ground on Friday evening. According to Lanett Fire & EMS Chief Johnny Allen, no one had lived in the house for some time, and it was scheduled to be taken down by the city. It had previously caught fire on Dec. 28, but the structure was saved from complete destruction due to fire. At approximately 7:30 p.m. on Friday, the Lanett Fire Department was notified of another fire at this location. It was fully involved when they arrived, and this time they let it burn to the ground, making sure the blaze did not spread to nearby houses that were occupied.  The abandoned house was a total loss, leaving nothing but an old chimney, its foundation and the mailbox on the street.