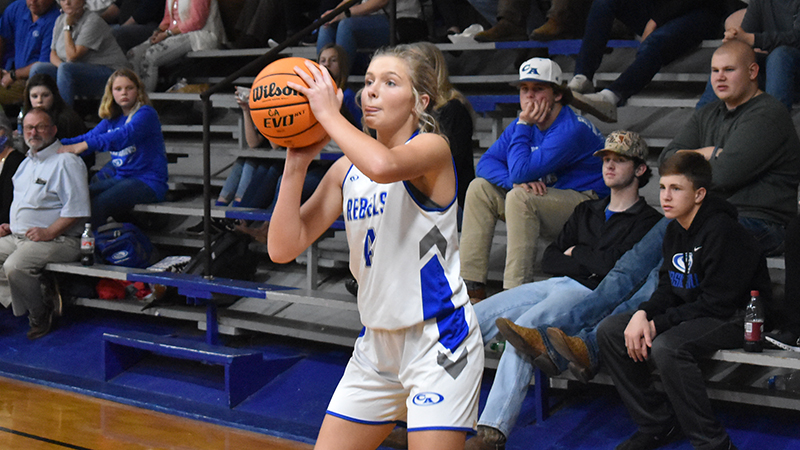 For most of the season, the first quarter has been a struggle for the Rebels. That trend continued on Monday, much to the dismay of head coach Jeff Hines.

Chambers struggled to find room along the perimeter and struggled to make a good pass inside. Of its eight first-quarter points six were scored at the free-throw line.

“That’s something that we’ve been working on all year,” Hines said. “We’ve had one or two games that we’ve started out fast, and that has to change. That has me concerned because here we are in the last week of the regular season and if we play a game that we don’t start fast, it is going to cost us. I’ve juggled the lineup, I just can’t put my finger on it.”

The Rebels found their rhythm in the second quarter. The shots that didn’t fall around the rim in the first quarter were finding pay dirt in the second.

Chambers led off the quarter on a 7-0 run, which gave it firm control of the rest of the game. At the half, Chambers led by 18.

“We didn’t change anything. I just told our girls that we have to make the extra pass and knock shots down,” Hines said. “We started doing that and I think it paid off for us.”

The Rebels continued to add to their lead in the second half, forcing turnovers and pushing the ball quickly up the floor after a missed Cornerstone jumper.

One player that Hines was extremely happy with on Monday was junior Lexi Smith. After struggling to find success the past few games, Smith finished with 10 points.

“It was good to see Lexi Smith get back on track for us,” Hines said. “She finished well tonight.”

Senior Britten Stephens led the team with 11 points off the bench, while Natalie Lovelace, Megan Ware and Brandalon Rombokas each added six points.

“I’m really proud of our girls tonight,” Hines said. “We played hard. We stuck to what we do. We stuck to our standard.”