Christmas Merry Go Round had 46,000 riders 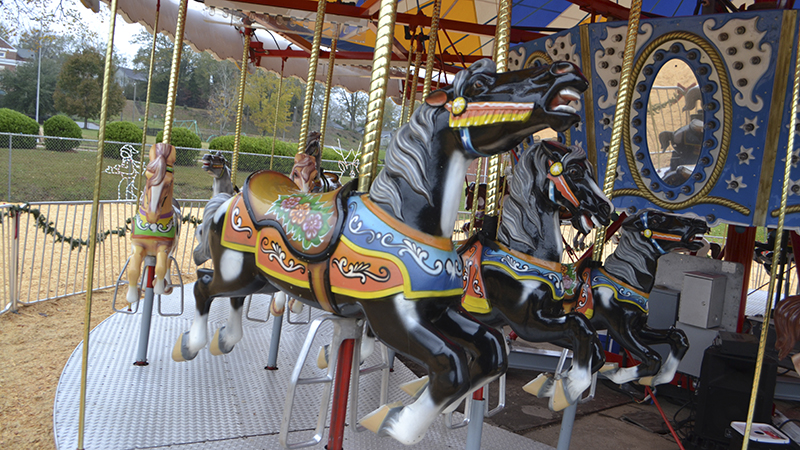 The Christmas Merry Go Round had less riders in 2020 than a normal year, but due to COVID-19 and heavy rain, it was open for only 25 days. --File Photo

VALLEY — There was a total of 46,436 rides on the Christmas Merry Go Round during the 2020 season. That’s a low total for most years but given the circumstances, organizers believe it’s not that bad.

Unlike past years at the Merry Go Round, there were no school groups or senior citizen groups coming out due to COVID. That held down the numbers.

The Merry Go Round ran for 25 days. It didn’t run on Christmas Eve due to heavy rain.

“We are glad we got it in for the 64th straight year,” she said. “This is a holiday tradition we would like to continue for many years to come.”

A crew from Tinsley’s Amusements in High Hill, Missouri will be down early next week to disassemble the merry go round and take it back home. Valley was the only place owner Richard Tinsley was able to run his merry go round in 2020. It normally runs in such events as the Minnesota State Fair, where it is set up inside the famed Mall of America.

This year’s merry go round season ran the cumulative total of rides to 3,070,863. This local tradition has been taking place every Christmas season since 1956. In the early years, it ran on a little league ball field across from Fairfax Mill. That site became unavailable following the 2009 bankruptcy of WestPoint Home. In the succeeding years, the merry go round was at Valley Sportsplex for a couple of years before being relocated to the current site on the former Langdale tennis courts. In 1968, the merry go round was on Shawmut Circle for one Christmas season.