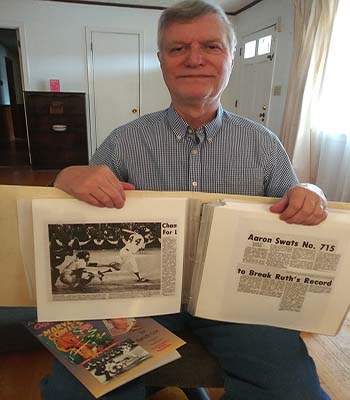 For the remaining two games of the series, Aaron did not hit a home run, setting up a chance to break the Bambino’s record in Atlanta.

With the chance Aaron would break the record, Randy Cox, who was the Valley Times-News sports editor at the time, decided he would get a credential with the hope to capture the record-breaking home run. He, alongside his cousin Vic Sorrell, got credentials and were in the photographer’s box along the home dugout side.

After walking in the bottom of the first, Aaron had his second at-bat in the bottom of the fourth. After watching a ball go low for a ball, Aaron got his pitch. Dodgers’ pitcher Al Downing tried to keep a second fastball low in the zone but missed his target, throwing a fastball in the upper-middle portion of the strike zone. Aaron hammered the pitch into the Braves bullpen. 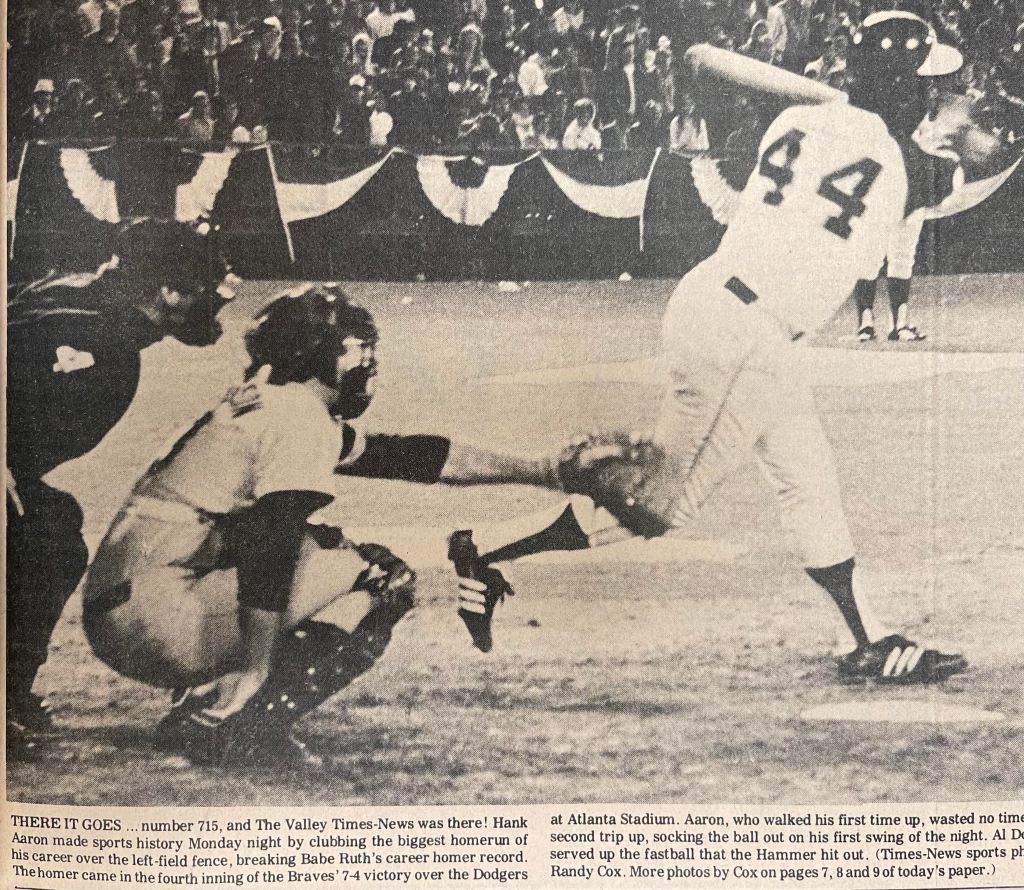 “An Atlanta stadium crowd of 52,870 gave the Hammer a standing ovation as he trotted around the bases. After he touched home plate, there was an 11-minute delay as Aaron went to be congratulated by his wife, Billye, and parents Mr. and Mrs. Herbert Aaron,” Cox wrote in the April 8, 1974 edition of the Valley Times-News.

“This was a really cool experience,” Cox said. “I covered the 600th home run when I was in college at Georgia State, and I never thought I would get to cover the 715th home run.”

As Aaron rounded first base, he was greeted by a couple of fans that had run onto the field to congratulate him. When he reached home plate, his entire team was there ready for him. He was hugged and lifted into the air by his teammates before finding his family in the mass of people. 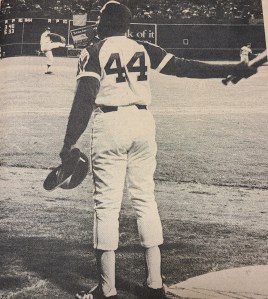 As he makes his way through the mob of teammates, the press, who was permitted to get onto the field, swarmed the Aarons. One of those members of the media was Cox, who shook Aaron’s hand and told him congratulations.

“I was the only sports editor from Alabama to personally cover the home run. A lot of the other papers had stories but they didn’t actually send someone,” Cox said. “You didn’t know if he was going to hit the 715th, I was just lucky enough to be there that night. I got to walk up to him, shake his hand and tell him congratulations, and he said ‘thank you.’ He was just a really nice guy. Everyone was just really thrilled.”

Aaron finished the 1974 season with 20 home runs and 69 RBIs. He finished 21 hits shy of breaking Stan Musial’s record for career National League hits, as he finished his career with the Milwaukee Brewers, the city he began his career. 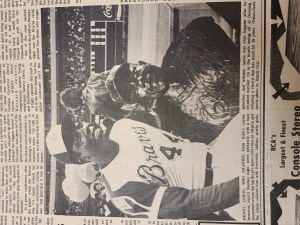 “I really felt sad, because he had been a part of my life for my entire life,” Cox said. “I watched him and Eddie Matthews against the Yankees in the 1957 World Series. I followed him ever since… Hearing Hank Aaron’s death, he was just an icon. I couldn’t do anything for a while. I was just stunned because he was just a great guy. Everyone will really miss him. He was a role model for people and always seemed to take everything in stride.