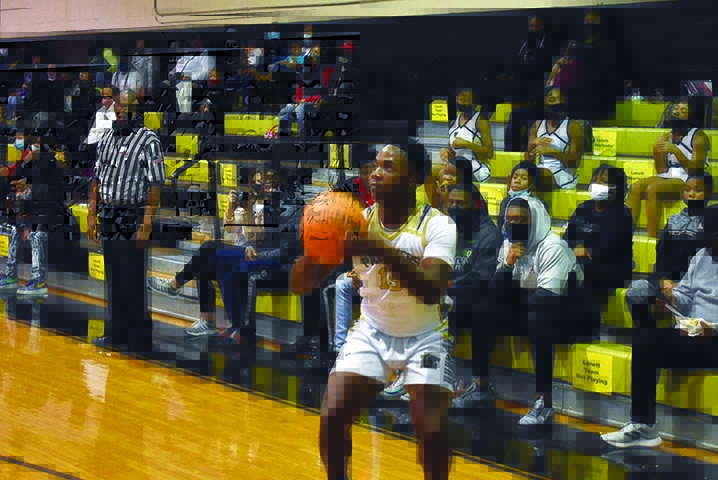 After losing a tightly contested game against Handley on the road, the Lanett boys basketball team wanted to come out and quickly put away Ranburne. It did just that, building a double-digit lead midway through the first quarter. The Panthers continued to add to their lead throughout the game, winning 89-51.

“Handley gave us a run for our money. I think the boys were kind of hurt after that loss because they wanted it so bad,” head coach Tay McCants said. “They came out tonight and played really hard. They made up for the loss from the other night.”

Lanett jumped on Ranburne in the first quarter, scoring the first nine points of the game. The offense was simple, get a rebound and push the ball up the floor as quickly as possible to try to get a layup.

“I see them getting up and down the floor now,” McCants said. “We’ve been stressing defense a lot, so we haven’t talked about offense that much, but now we’re trying to pick up the tempo and that starts on the offensive end. Now we have our bigs running the floor, and we have our guards running the lanes, so we look pretty good in our transition offense.”

The lead was up to 13 before Ranburne scored its first points of the game.

Lanett lead by 21 points by the end of the quarter, a lead that Ranburne never got close to shortening.

Senior Kentavious Dozier led the way for the Panthers in scoring, finishing with 29 points. While he was impressive on offense, McCants liked the leadership he showed on both ends of the floor.

“He always gets his, but I saw him talking more on the defensive end,” McCants said. “He was being a leader by putting people in certain positions on offense and defense. His leadership role was really great tonight.”

Lanett improves to 9-2 on the season and 6-0 in the area. It plays again at home on Tuesday, hosting East Coweta.