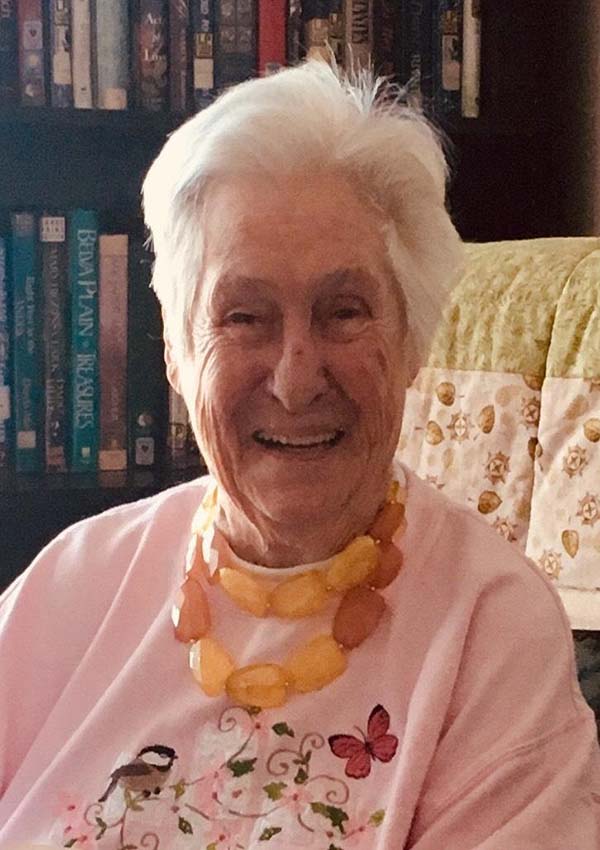 Mary Louise Hays Stokes Mallette joined that Heavenly Choir at age 89 on Friday, Jan. 15, 2021, in Opelika. Mary Lou was born near Mobile to Samuel Elijah Hays and Myrtle May Davis Hays, on March 17, 1931. She was a wife, mother, grandmother, great-grandmother, sister, aunt, and friend. She was an independent, strong-willed, free-spirited, creative, artistic, self-made woman.

Mary Lou, known as LouLou, led a varied and colorful full life.  As a mother, she instilled in her three children a strong sense of independence and work ethic that fostered an attitude of “you can do anything you set your mind to” approach to life. Her love of music, which spanned a lifetime, led her to be youth choir director and eventually becoming the music director for her church.

Later, she would lead the hymns during the weekly sing-a-longs at the senior living facility where she resided.  She taught herself the skills of court reporting, eventually starting her own company and traveling the southeast.

Always an avid and talented painter, crafter, and photographer, she was able to pursue these passions more freely in her retirement years.  LouLou could often be found in the bayous photographing or painting her favorite subjects of boats and waterways.

A private family memorial will be held on her birthday, near one of her beloved bayous, in her native home of south Alabama. In lieu of flowers, we request you spend time with the ones you love.