Riley reflects on city of Valley’s 2020 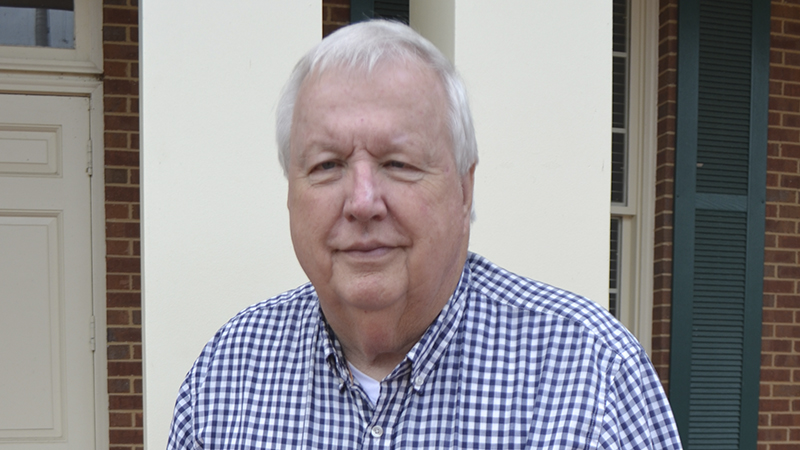 Valley Mayor Leonard Riley is looking forward to an eventful year in 2021. John Soules Foods is expected to go into production in its new plant off Towel Avenue. Phase I of Camellia Crossing, a new housing subdivision off Combs Road, should be getting underway as well. “I’m excited about the progress we have made and where we are going,” Riley said. “I think things are only going to get better.” --Contributed

VALLEY — COVID-19 has been a bad experience for everyone, but there have been some silver linings to this dark cloud. With more people staying close to home during the pandemic, they’ve been doing much more shopping at home than before. The City of Valley has been a big beneficiary of this trend.

Local sales tax is way up from previous years. This enables the city to do more in the way of street paving and working with the East Alabama Water, Sewer and Fire Protection District on some much needed water and sewer improvements.

“COVID has changed the way we operate,” Valley Mayor Leonard Riley told The Valley Times-News. “Our citizens have struggled with it. Back in the spring, our city and all of Chambers County had more than our share of hospitalizations and deaths, but hopefully, we have gotten past that. Even with COVID being with us, we have had a lot of projects going on in 2020, and they will continue in the coming year.”

The biggest ongoing project in Valley right now is the preparation needed to get the John Soules Foods plant up and running in 2021. Headquartered in Tyler, Texas, John Soules Foods is the nation’s largest producer of chicken and beef fajitas. Located in a former WestPoint Stevens distribution center off Towel Avenue, the newest John Soules Foods plant will likely be the most modern and technologically advanced production facility the company has. The first production line will start up sometime this summer. That will mean 200 new jobs for the area. Two more lines will be going into production in the coming years boosting total employment by more than 500 people.

Some important work was accomplished in the city’s new industrial park on the west side of town. A new 750,000-gallon water storage tank has gone up off Fairfax Bypass, and the entire park has been circled by 10-inch water lines. A new pump house has gone up off 55th Street. All of this would provide any industrial prospect looking for a new location with plenty of water.

“Water is plentiful in our industrial park right now,” Riley said. “We are working on a lot of prospects right now.”

Another big news story for Valley in 2020 was the announcement of Camellia Crossing, a major housing subdivision to be developed by Holland Homes, LLC, Auburn. The new subdivision will be going up on a 180-acre site on the south side of Combs Road. Going up will be “smart” homes in the $200,000 price range. Holland Homes will be working with Alabama Power to build new homes with all its electronic services controlled at a distance with the homeowner’s smartphone.

Work is scheduled to start on the site in early 2021.

“We have to get validation from the courts that Amendment 772 applies to this,” Riley said.

Amendment 772 to the Alabama Constitution applies to economic development projects. Since new housing definitely falls under it, court approval is expected.

Camellia Crossing will have a commercial zone, walking and bike trails, and facilities for youth recreation.

New housing will also be going up in the future on the north side of Combs Road. Chris Clark and Patrick Bolt will be building new homes on a 40-acre site.

Bolt is the director of the city’s Public Works Department.

“I can’t say enough about the kind of work those guys do,” Riley said. “Our Public Works Department cleared 1,140 acres by this past October. They have also built a new road connecting Valley Industrial Boulevard with Combs Road, and they have started building a new road that will connect Fob James Drive with 55th Street.”

Riley was elected mayor in 2012 in part to a promise he would not use the proceeds from a one-cent sales tax increase the previous council had approved on anything other than infrastructure needs such as paving projects, and improvements to water and sewer systems. “We have gotten a lot done on that in recent years, but there’s much more to do,” he said. “We have still got to resurface a portion of Columbus Road and Boulevard in Shawmut to close out our 2020 paving projects. Our strategy when it comes to paving is to do the through roads first. The neighborhoods come next.”

Riley said he was looking forward to the city’s future.

“I’m excited about the progress we have made and where we are going,” he said. “I think things are only going to get better.”

Riley said Chambers County’s unemployment rate was around 2.6 percent when COVID hit last spring. It then jumped to around 11 percent at one point and is now back down to around 4.3 percent.

John Soules Foods bringing 500 new jobs in the coming years isn’t the only bit of good news in the local jobs front. A $70 million expansion at JinTech in West Point will bring an estimated 40 new jobs and the location of a $240 million Hyundai Transys plant on the Kia pad will be bringing 800 new jobs to the local area.

“We already have low unemployment, and we have over 1,300 new jobs coming here,” Riley said.

Riley said it’s good that local governments are working well together now. That hasn’t always been the case.

One area where Lanett and Valley are working together is to have significant lighting improvements at Exit 79 on I-85. It’s a $2.5 million project that will greatly improve the lighting at the exit and along the south-bound lane to the new visitor center that will open in 2021.

The mayor said he was glad the city was able to have the Christmas Merry Go Round this year. It wasn’t easy with COVID, but it did keep a treasured holiday tradition going for the 64th straight year.

“I want to thank our businesses for helping sponsor this,” he said. “We had close to $23,000 in donations to help us do this in 2020. I also want to thank the council for their support in what we are doing in the city. It’s important to have a council that works with you.”