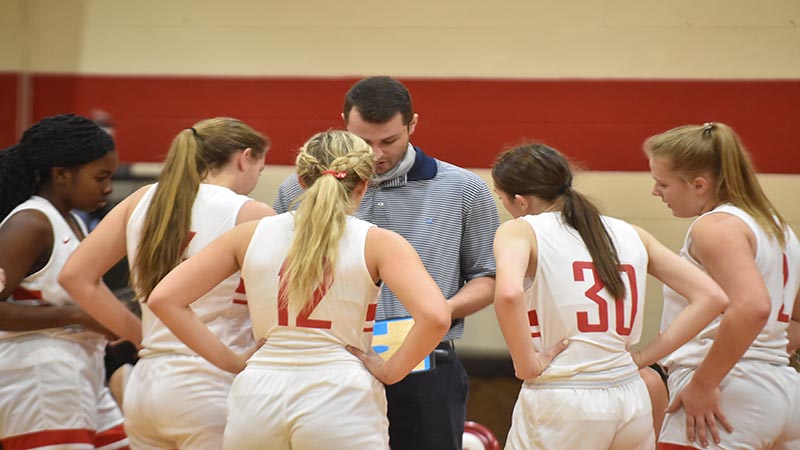 The Springwood girls basketball team ended its 2020 portion of its schedule on a tough note, losing its final two games and struggling to score in both, finishing with just 49 points in those two games.

There have been two key reasons for the tough stretch, with the first being the absence of seventh-grader Tori Patillo, who was the Wildcats’ leading scorer a year ago and was fixing to do the same before a hip injury derailed her season. Patillo’s injury occurred before the first game of the year and has lingered throughout the season. She sat the final few games of December in an effort to get her ready for the final month of the regular season but the injury will most likely force her to miss more time in 2021.

The second reason is Springwood is an extremely young team, especially at the’ guard position. A year ago, Patillo and McKayla Barber, who signed with Faulkner at the end of the 2019-20 season, were the team’s primary ball handlers.

With Patillo still out, the Wildcats have junior Madison Reeves and sophomore Anna Smith as the two primary ball-handlers. This is Reeves’ first year playing basketball for head coach Lisa Sampson, while Smith was on the junior varsity team a year ago.

“It starts with the point guard play and executing from the start,” Sampson said. “A lot of our stuff is going to have a lot of high ball screens, so you have to be able to read the defense and make good decisions. That’s where it needs to start.”

Smith played some with the varsity and got some minutes early in the year.

As a sophomore, Smith has taken the next step defensively. She has been able to disrupt teams by poking the ball away. Sampson wants to see her point guard take the next step and start turning those steals into quick points.

“Anna is a great defender,” Sampson said. “If we can get her some easy buckets with her steals that she is able to get, that gets her going. That just translates into her running the offense and having confidence. That’s why we have to pressure on defense.”

In an effort to ignite the stagnant offense, Sampson and assistant coach Michael Jenkins moved some players into some new roles, which are starting to take hold.

“We’ve just got to be all hands on deck,” Sampson said.

Defensively, the Wildcats have done a really good job this year forcing turnovers, especially around the halfcourt line. The only problem is sometimes they have started to reach too much and have gotten into foul trouble. In the blowout loss to Abbeville, Springwood sent the Generals to the free-throw line 23 times. Abbeville converted 14 of the shots, which nearly outscored Springwood. Chambers also got to the line numerous times, which proved to be the difference in the game.

“Really and truly, limiting fouls is just playing defense the right way,” Sampson said. “That’s what they have to learn. They’ve worked hard during the break. We’ve had some good workouts, had some open gyms and combined our guys and our girls teams. That always helps our girls’ team understand a different speed that they have to play at. That’s where it starts, being disciplined on defense and be where you’re supposed to be.”

Springwood will face its second area opponent of the year, traveling to Lee-Scott on Thursday.

“This week is very important,” Sampson said. “We’re up against Lee Scott, who is well-coached. They run good sets, so we’re going to have to work hard and be disciplined in what we’re trying to do.”