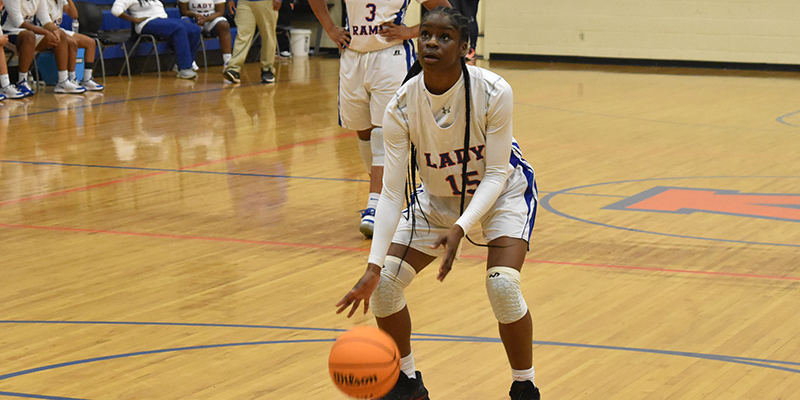 Coming out of its short hiatus, the Valley girls basketball team continued its struggle against its area opponents, losing 68-17 on Thursday night. With the loss, the Rams fall to 5-4 on the season and 0-2 in area play.

After struggling to limit its turnovers against Russell County in its final game before shutting down for five days, Valley once again struggled to hold onto the ball. The turnovers led to numerous chances for the Opelika offense, who scored regularly in the paint in the opening quarter. Of the 20 Opelika points scored in the first quarter, all of them were two-point shots and most of them were in the paint.

Valley on the other hand scored just four points in the quarter.

The second quarter was nearly identical to the first, as turnovers led to easy baskets for Opelika. The Bulldogs scored 22 points in the quarter, all of them were two-point shots. The Rams scored just four points again in the eight-minute quarter.

While the shutdown might have hurt the Rams’ execution on Thursday, Grimes didn’t use it as an excuse for the lopsided game.

“We like to be in a rhythm and be playing, but we can’t use that as an excuse,” Grimes said. “We’ve got to get better.”

Valley will travel to LaFayette on Saturday to face the Bulldogs for the first time this season.