Chambers County to hold celebration of life for Evans 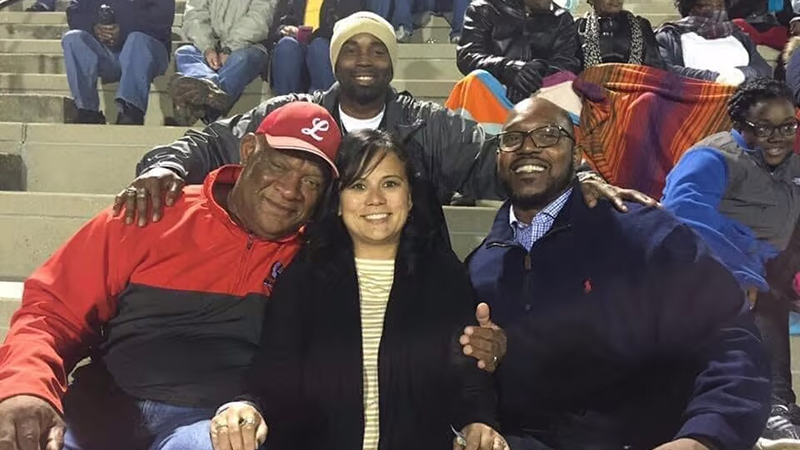 Even as his football career took off, moving from West Shawmut to UAB and into the NFL, Josh Evans never forgot where he came from.

Evans, who played nine years in the NFL for the Tennessee Titans and the New York Jets, died on Feb. 5 after battling kidney cancer for 13 months. He was 48 years old.

“It’s been a tough one because he was a great guy,” said Denise Clark, who went to Lanett High School with Evans. “Cancer stole him from us.”

Evans’s celebration of life will take place on Saturday at Ram Stadium at noon EST.

“We would play tonk [a card game that is a mixture of rummy and conquian], and we would play for money,” Story said. “Most of the time, I was the one that lost. People always say that he was so giving and he would give you the shirt off his back. Every time that I lost, he would make sure to give me enough money, so I could go to the skating rink on Sunday nights and hang out with everybody else. He was definitely a very giving person and a very kind person. He was a protector. He was just one of those people that you can depend on.”

Evans was the only one of the four that went to Lanett High School, so the Lanett-Valley rivalry had a little more meaning to the members of the West Shawmut community.

Evans graduated from Lanett in 1991 and signed to play football at UAB, where he dominated.

Evans was inducted into the UAB Hall of Fame in 2020.

After graduating in 1995, Evans signed with the Houston Oilers as an undrafted free agent, making him the first UAB player to play in the NFL.

“It was an exciting time for our entire community,” Story said. “At one point, there were four guys from our neighborhood who were playing professional football. We had a very modest upbringing, so to find that he had a chance to help himself and help his family, it was just a great feeling for us that he had that opportunity. I can just remember the excitement for everybody that someone else from our little neighborhood had made it.”

In his first three seasons, Evans played in 30 games. He broke through as a starter in 1998, starting 11 of the 14 games he played that season. In 1999, Evans was a key member of the Titans defensive front that helped lead the team to the Super Bowl.

“You would think it was the coming of Jesus Christ in our neighborhood because we were just so excited for him,” Story said. “Of course, you watch the Super Bowl, but to know someone that I grew up with, just to know that you have someone out on that field, it is a feeling that I will never be able to describe.”

One of Evans’s career highlights came during the Titans’ 1999 playoff run, as he sacked then- Jacksonville Jaguars quarterback Mark Brunell for a safety.

Evans played nine years in the NFL, finishing with 21.5 sacks and 141 total tackles.

During his time in the league and after, Evans never forgot where he came from.

Before West Shawmut day was celebrated every year, Evans, Pollard and Copeland came back to West Shawmut for “NFL Day,” where the former NFL players would hold a free camp for local children.

“What I most admired about him was he stayed grounded to Lanett,” Clark said. “A lot of people didn’t realize that he still contributed while he was in the NFL. He did camps and didn’t charge for them, because he knew that some of them couldn’t pay for them.”

After UAB shut down its football program in 2014, Evans was a key behind-the-scenes-figure to bring football back to his alma mater.

“He was part of rebuilding and making sure they got their football program back,” Clark said. “He was just one of those silent people in the background. He didn’t want the recognition. UAB gave him the chance and that is how he got his football career started.”

In 1998, Evans signed a contract with Nike and bought shoes for the entire Lanett athletic department that year.

“He gave back. Nobody would know because he’s that humble guy,” Clark said. “He did it because he wanted to, not because he had to.”