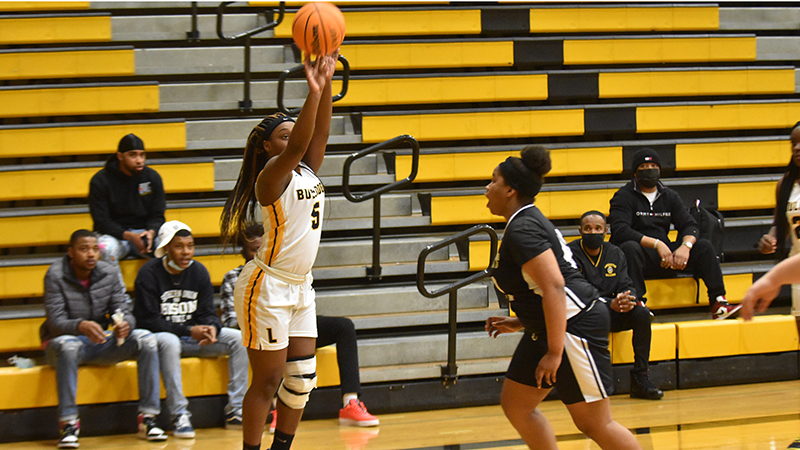 After failing to advance to the regional round of the AHSAA tournament for 15 years, the LaFayette girls basketball team has advanced to a regional tournament for the second consecutive year, defeating Vincent 52-31.

“This is big for the girls and the program itself, for us to go back-to-back like this,” head coach Fred Bridges said. “We’re looking forward to it.”

Wednesday’s game was originally scheduled for Monday, but due to the winter weather the state has been dealing with this week, the game was pushed to Tuesday before being played on Wednesday.

“It was actually kind of frustrating,” Bridges said. “The negative side of it was we wanted to play and be on the same page with everyone in the state. At the same time, it was a plus for us because we were able to get some rest and get girls healthy with the bumps and bruises that they had. It worked well because we got everyone healthy, and we’re ready to go now.”

The Bulldogs dominated the opening quarter, outscoring the Yellow Jackets 17-5 in the quarter. Most of their offense was scored in the paint and off turnovers, as LaFayette’s full-court defense gave Vincent trouble the entire quarter. Of the 17 first-quarter points, 14 were scored in the paint.

In the second quarter, LaFayette continued to attack the paint but didn’t have the same success from the inside. With the shots not falling, the Bulldogs spread the floor and knocked down shots from the outside, hitting three 3-point shots in the quarter.

At halftime, LaFayette led by 25 points. Though Vincent outscored the Bulldogs in the final half (22-18), LaFayette was in complete control for the rest of the game.

Senior Feliah Greer was the only Bulldog to finish in double figures, finishing with 21 points, 18 of which were scored in the first half. Fellow senior Ebony Williams finished with eight points. Aeronique Kyles added six points.

“Feliah was pretty locked in. She was feeling better,” Bridges said. “Everyone carried their own weight and carried their load tonight. It was a good win.”

LaFayette will travel to G.W. Long on Friday for its regional game. The winner will play in Montgomery for the regional championship.

“I’m looking for the same intensity, but I want them to be a little hungrier about the game,” Bridges said. “I think going in, we’re going to be ready to play.”