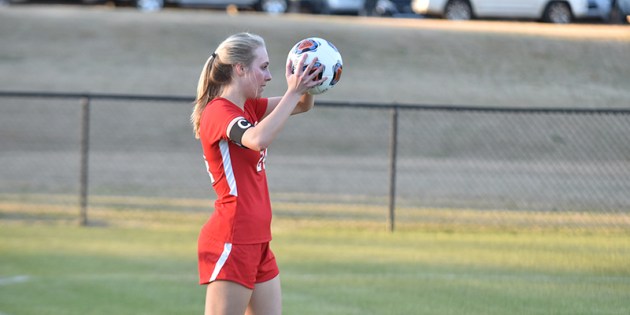 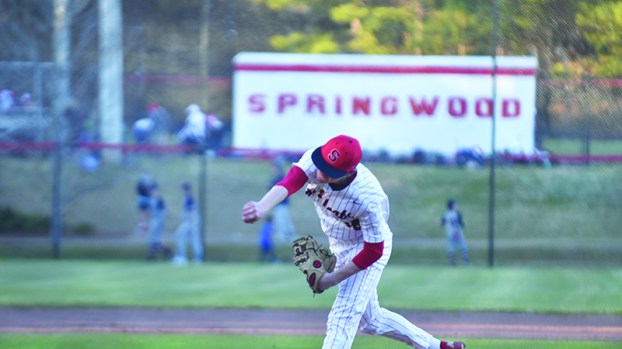 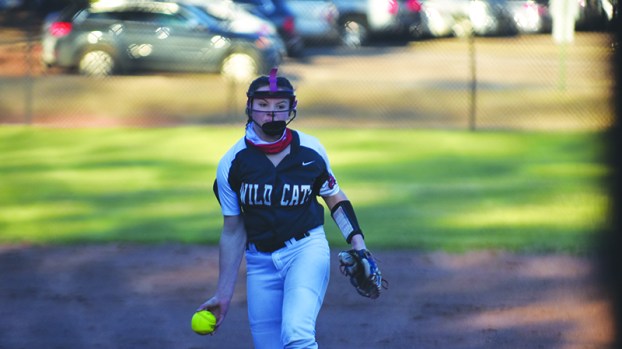 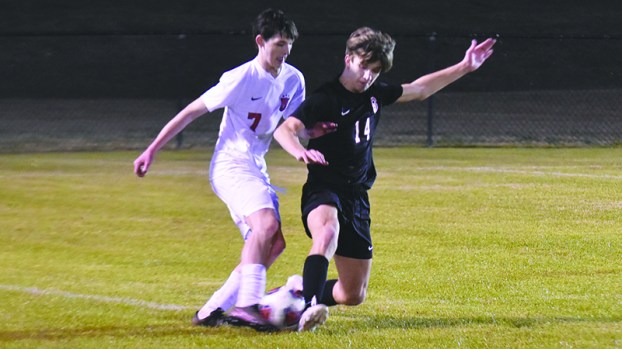 Due to a COVID-19 shutdown, Springwood’s spring sports had their first pause of the year, missing the first week of the season. The Wildcats started their seasons on Tuesday, playing Lee-Scott in baseball, softball and both girls and boys soccer.

After having to shut down because of a COVID-19 outbreak, the Springwood baseball team started its season a week later than expected, facing area opponent Lee-Scott for its first game of the year. The Warriors scored in every inning, dominating Springwood 16-1.

“Pitching kind of hurt us a little bit, but t’s tough because we didn’t get to practice last week because of COVID restrictions. Taking a week off after having four really good weeks of practice, it hurts and it really hurts your pitching,” head coach David Strickland said. “It’s early for us. We got a lot to learn from it and we have a lot to play for this week.”

Lee Scott scored the first two runs of the game quickly, drawing two walks before a triple cleared the bases. Though it had a runner on third and only one out, Springwood got out of the inning, forcing a fly out and striking out a batter to end the inning.

Springwood also put runners on in the first inning, loading the bases with only one out. It scored in the inning as sophomore Cayden Cook reached first off a catcher’s interference, bringing in Luke Hudson. It proved to be the only run Springwood scored in the game.

The Wildcats had chances in the third and fourth innings to score a run, getting a runner to third base in each inning, but they failed to score the runner.

“Getting the bases loaded was big, and we stress to our guys to just give us a chance,” Strickland said. “Their pitcher did a really good job of competing and getting our guys to strike out.”

The Springwood boys and girls soccer teams opened their seasons at home against Lee-Scott on Tuesday. The boys defeated the Warriors 2-0, while the girls’ team is still looking for the program’s first win, losing 7-0.

“Anytime you play Lee-Scott, you know they’re going to be a well-coached team. It’s always a tough game,” head coach John Lanier said. “The girls made a lot of improvements from last year, but we still need to keep working. I was proud of them and they kept fighting the whole game. The wins and goals are going to come if they keep working that hard.

“The boys, we lost a lot of players from last year, and we have some younger guys that are going to have to step up this year. You never really know how that’s going to go until you get them out there.”

Senior Tyrese Ferguson scored both goals for the Springwood boys’ team on Tuesday.

Both teams will be at home on Friday, as they host Fort Dale. The girls start at 6 p.m., while the boys are scheduled for 8 p.m. EST.

The Springwood softball team led for the first three innings of its season opener against Lee-Scott but untimely errors and missed opportunities at the plate cost the Wildcats their season opener, losing 10-4 to Lee-Scott.

“I thought that we played well enough to win. I thought that Madison Robinson pitched well enough for us to win,” head coach Galen Smith said. “She’s a seventh-grader, so you have to be pleased with that. We just made some costly errors at the wrong time. We left the bases loaded and didn’t get anything out of that. We just have to take advantage of our opportunities.”

The Wildcats scored their first four runs by the third inning, taking a 4-2 lead by the end of the third. Springwood was getting some timely hits but also taking advantage of a couple of Lee-Scott miscues, whether it was a passed ball or an error, to score the four runs.

“It wasn’t necessarily as much as we did but taking advantage of their errors,” Smith said. “We had good base running too.”

After going up two runs, the Wildcats struggled to get runners home the rest of the game. In the fifth inning, the Wildcats and Warriors were tied at four. Springwood loaded the bases with one out, but a strikeout and flyout ended a chance for it to take the lead. In the following inning, Lee-Scott scored three runs, taking the lead and never giving it back. Most of the runs were set up off Springwood miscues.