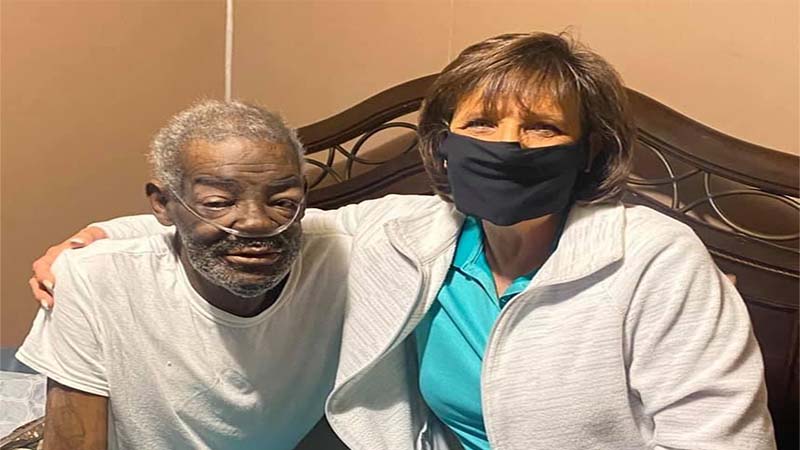 Earlier this week, West Point Mayor Steve Tramell received a call asking for help on a house. The house belongs to Paul Truitt, who has stage four terminal lung and kidney cancer, and has a lot of problems that needed to be fixed.

“This friend of Paul’s called me up because he knows that I have worked on a lot of properties throughout the community along with the Fuller Center. Together we have worked on a lot of properties in the community,” Tramell said. “He said ‘I need help on my house, but I don’t even want to talk about that right now. It is more important that we take care of Paul right now.’ I was really touched that this guy, even though he needed help himself that he wanted Paul taken care of.”

After Tramell got off the phone, he called Chattahoochee Fuller Center Project Executive Director Kim Roberts, with who he works closely whenever he goes to a potential new project.

Once they met Truitt and saw the house, the two knew they wanted to and had to help. After leaving, the two started to put a team together that could work on the house.

At 4 p.m. on Tuesday, Roberts and Tramell sent information out to the public asking for donations.

“It was really one of the first times that we really made that appeal. People always know that we’re looking for donations. I don’t think we’ve ever been upfront about it because we really want to help them,” Tramell said. “I can’t tell you how phenomenal the local community has been in helping this family. The donations have been extremely generous and we’re going to be able to take care of a lot of things, probably everything that they’re going to want for this house.”

The donations will help pay for a new roof, which should be finished by Wednesday evening, a new kitchen floor and new appliances in the kitchen.

“When you meet Mr. Truitt, it just really pulls at your heart. Obviously, he’s unable to do this type of stuff. His health just won’t allow him to do it anymore,” Tramell said. “As long as we’re able, we want to be able to help as many people as we can. I couldn’t have been able to do any of this without the Fuller Center.”

The kitchen work should start on Monday, and Roberts said she hopes it would take about two weeks to complete.

“This was his last wish, so we’re granting a last wish,” Roberts said. “It’s touching, and the community has really rallied around us to get funds to get this done. When you come across a true need, that’s when people really want to help. They want to be apart of something good and something positive. I told Mr. Paul ‘I want you to leave here knowing that not only does God love you, but your neighbors love you too.’”