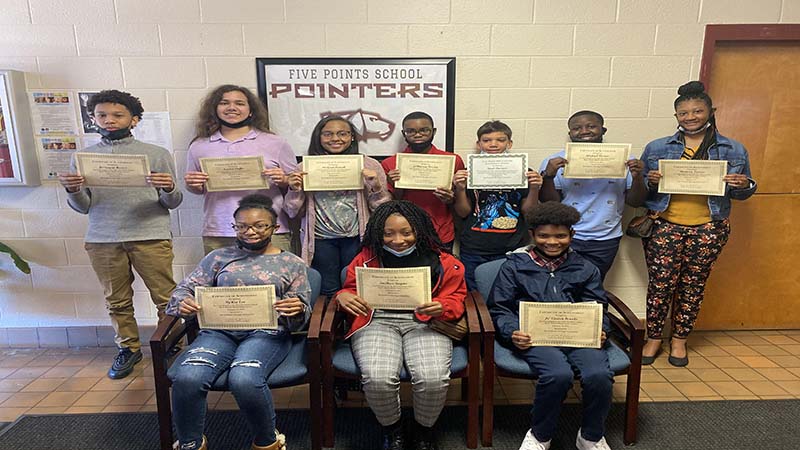 The awards were made possible by a partnership between the New Hope Foundation and the  Fredonia Heritage Association.

The annual essay contest has been going on for several years now, but this year was the first time cash awards went to everyone who entered an essay.

“It’s a departure from what we have done in the past,” said George Barrow, chairman of the New Hope Foundation, “but since we did not have an awards banquet due to the pandemic, we wanted to do something special.”

As an event during Black History Month, the 10 students competing were asked to offer their thoughts on the meaning of their beloved community, something frequently referenced in the writings of the late Dr. Martin Luther King Jr. Each student was asked what he or she could do to make their hopes of a beloved community real.

“The judges had some very positive comments about the quality and substance of this year’s essays,” Barrow added. “It was a tough contest to judge. That’s a reflection, I think, on the quality of the teaching they are receiving at the Five Points School.”