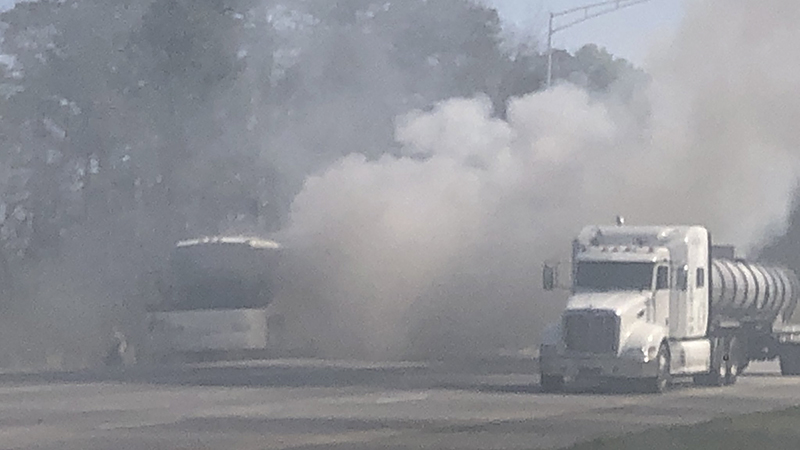 A bus carrying the Lanett High School cheerleading squad suffered mechanical failure on its way to Birmingham for the 2A boys state championship game Saturday morning.

According to Michael Mangina with the city of Irondale Police Department, a call came in at 10:16 a.m. on Interstate 20 at Old Leeds Road for a bus fire. Mangina said everyone was safe and that the bus experienced a mechanical failure. Mangina said the fire started in the rear of the bus and was fully involved upon arrival.

Mangina said everyone was off the bus by the time first responders arrived. The Irondale FIre Department and Georgia State Patrol responded to the fire.

The cheerleaders arrived at Bill Harris Arena, the site of the 2A championship game within time for the game. The Lanett boys basketball team is taking on Midfield for the title.

Bus on fire on the westbound side of I-20. Appears to have been carrying the Lanett cheerleaders, but it looks like everyone is ok. Irondale FD on scene. Lanett plays Midfield this morning in the 2A boys state championship game at Bill Harris Arena. @abc3340 @spann pic.twitter.com/eOGHFnd2f9