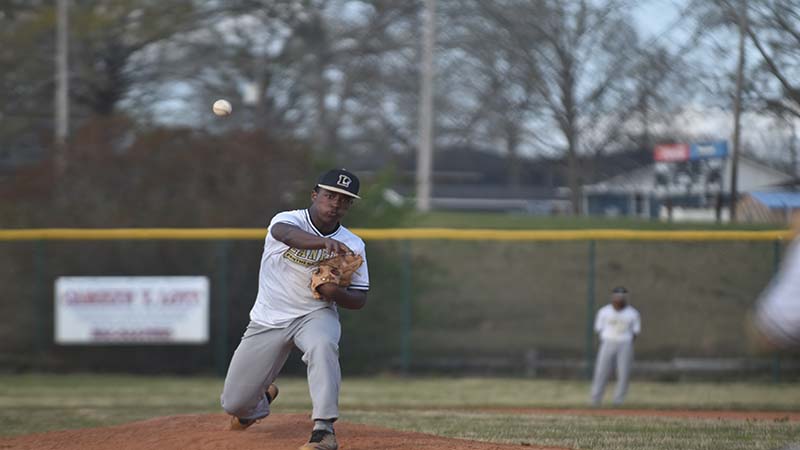 The first run was the difference in the game for the Lanett baseball team in Monday’s 12-0 loss to area opponent Ranburne.

“I think the biggest thing is we need to get warmed up,” head coach Shavario Brooks said. “I wouldn’t call it jitters, it’s just getting over the lack of experience we have. The experienced guys know how to zoom in and get things done. Some of these guys, it’s maybe their first or second year playing baseball. I think once they get the jitters out and start making plays and having fun with the game, they’ll understand they don’t want to look down on themselves for the mistakes that they make because I’m not expecting us to be perfect. I’m wanting us to make the routine plays that we practice that I know we can do. We’ll have fun after that. Once they build up their confidence, I think it showed.”

Ranburne jumped ahead quickly to start the game, as the Bulldogs scored four runs before Lanett could get the first out of the inning. The Bulldogs almost hit around their lineup twice before the end of the first inning.

The Bulldogs drew three walks, hit two doubles and were hit by a pitch in the inning before Brooks went to his bullpen, bringing in junior Teo Cheeks.

Cheeks gave up two hits and allowed a walk in the first inning, but got the final out before much more damage was done. He proceeded to slow the Bulldogs down at the plate, allowing just one unearned run in the two innings he started.

“He’s an athlete that can be great in anything that he plays,” Brooks said. “He has a great arm on him. He came in and threw strikes for us so we could get out of the inning. He has a lot of talent. He’s a multiple-sport athlete that can bring value to this team. The older he gets, the more I expect out of him. He’s showing me everything I know he can give the program.”

After having rainouts and cancelations slow their practice time down, the Panthers struggled at the plate. They got three runners to reach base, two by a hit-by-pitch while the lone hit was by junior Rod Booker.

Lanett is scheduled to travel to Ranburne on Tuesday for its next game.