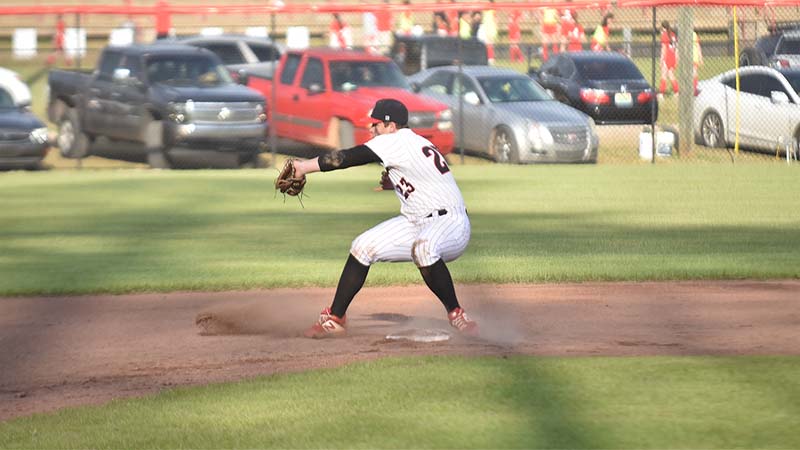 Since head coach David Strickland took over midway through the 2019 season, the Springwood baseball team has been on the rise.

When Strickland took over in 2019, the Wildcats hadn’t won a game. They finished the season 4-10. During the shortened 2020 season, the Wildcats finished 5-5. They have continued that trend in their 11 games this season, sitting at 7-4 before a stoppage for spring break.

“I think we’ve had some ups and downs at times. We’ve played really well and then there’s been times that we haven’t played to our ability,” Strickland said. “For the most part, we’ve played fairly well. When they go out and they’re locked in, we seem to play pretty good baseball. So far, our guys have a lot to be proud of. We haven’t won more than six or seven games in four years, so for us to already be there and be 7-4, that’s a good step in the right direction. They should be proud of that. We still have a lot left to play for and a lot of season left.”

The Wildcats started their season on hold as COVID-19 protocols sidelined the team for two weeks. They opened their season against area opponent Lee-Scott, struggling during the game due to lack of practice. Following the loss to start the year, Springwood rattled off four wins in a row before area opponent Glenwood snapped the winning streak.

“The covid was tough, but there’s nothing that we can do about it. Everyone is going to face adversity through the year, and we tried to open up with an area game,” Strickland said. “We were able to pick up wins and respond after that. We’ve done some things well at times, but I feel like we’re still trying to find that lineup that is our best scoring opportunity. The guys that throw hard, we’ve seemed to hit them well. It’s the guys that slow down and try to keep you guessing that we’ve struggled with the most.”

On Tuesday, the Wildcats swept Southern Preparatory Academy for its first area wins of the season, moving to 2-4 this year. The sweep solidifies the Wildcats as the No. 3 seed.

Coming into the year, there were several question marks surrounding Springwood. One of the main questions was the pitching staff, as three of the top four pitchers on the 2020 roster graduated. Outside of junior Ethan Plank, who was the team’s ace a year ago, the rest of the rotation was untested.

“We lost a lot of arms last year,” Strickland said. “Cooper [Champion] was our No. 4 last year. He didn’t throw a ton last year but when he did he threw strikes and he competes. He wants the ball, and that’s what you want out of a pitcher. We tell our guys to go up there and be a bulldog on the mound. Just go up there and throw strikes. You command the game being up there on the rubber. He’s made the jump of being our No. 2 this year.”

The No. 3 spot was a battle between freshman Luke Hudson and sophomore Cayden Cook. Hudson took the No. 3 spot and has done a nice job for the Wildcats this year. He picked up the win in game one on Tuesday, striking out seven batters on 4 ⅔ innings.

“He’s young. He’s not going to blow it past a lot of guys, but he’s done a really nice job of growing up on learning how to pitch,” Strickland said. “He keeps the ball down, and he can keep guys guessing. When guys are on base, he can mix his looks up.”

Springwood has a lot of underclassmen on the roster this season, as there are only four seniors or juniors that are in the starting lineup. So far this year, Strickland has been impressed with the younger players on his team, especially the freshmen.

“You have four or five freshmen that can be in the lineup at a time, and you never know what you’re going to get,” Strickland said. “Those are young kids. They’ve just moved up to the big field of varsity. You never know if they’re going to be a little nervous or just go up there and play ball. I think they’ve responded by just playing baseball. They’ve done really well. They haven’t let them being freshmen be an excuse for anything.”

The Wildcats will play rival Chambers Academy on Friday and Saturday. They travel to Chambers on Friday while hosting the Rebels for a potential doubleheader on Saturday as a mock playoff series.

“Our guys have been focused on Chambers all this week, and I had to remind them that you have to take care of an area game before who you have this weekend,” Strickland said. “They’re definitely excited, but we have to be locked in on what we’re trying to do. It’s a chance for us to see how our playoffs will look. We’re playing them the best two out of three, so we’re going to see our No. 1 arm, No. 2 arm and No. 3 arm, and how can we manage that. Our guys are definitely excited.”