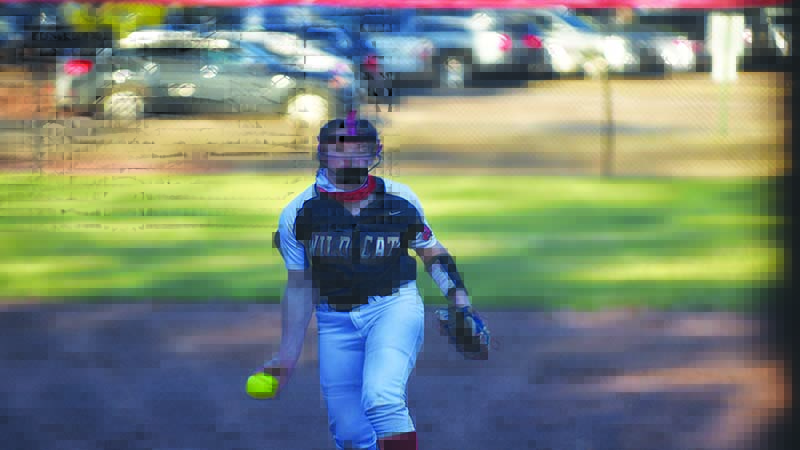 Heading into its spring break, Springwood is playing its best softball of the season, winning its previous two games.

The season started on a rocky note for the Wildcats, as they missed time due to COVID-19 protocols and their main pitcher Allysa Burrows missed time with an ankle injury. They proceeded to lose their next five games, as the team struggled with consistency.

“I told the girls after we played Lee-Scott [on March 18] that we’ve already played a long season, and we’ve only played six games because of the injuries, covid, the rainouts,” head coach Galin Smith said. “Just not having game-type of experience to get some of those first-game things that you could encounter early in the season, bad plays, errors and situational things. We’ve got a whole lot better the past couple of games, so I hope our confidence is getting better.”

“We’ve got some work cut out for us, but we’re definitely looking better than we did two weeks ago,” Smith said. “We’re playing some good ball right now. We got that monkey off our backs getting that first win.”

Springwood defeated Lee-Scott 8-6 for its first win of the season, earning its first area victory of the season with seventh-grader Madison Robinson picking up the win. The Wildcats dominated Wiregrass 8-0 in their previous game. In both games, Springwood strung together hits and moved runners.

“The second game against Lee-Scott, we picked up the bats quite a bit, and about the fourth inning, we picked up the bats pretty good and we were able to push runs across and end the game,” Smith said. “What’s pretty cool about it is when we say we’re picking up the bats, everyone is making contributions. Our seven, eight and nine batters are picking up some slack and getting some hits. Against Lee-Scott, they did really good.”

The play of the younger girls on the team has impressed Smith so far this season. Robinson picked up the team’s first win, while freshman Haley Hurst has become the team’s starting first baseman due to an injury to the team’s senior starter.

“Against Lee-Scott at one time, I think I had four ninth graders, two sophomores, two seniors [and one junior],” Smith said. “You could say that we’re young, but some of the girls that we have, have a lot of experience. They play travel ball a lot in the summer.”

The Wildcats will travel to Chambers Academy Friday for their final game before spring break.

Smith wants to see how his team will match up with Chambers junior Chloe Mitcham, who recently committed to Coastal Alabama Community College.

“She throws pretty well, so it’ll be pretty interesting to see how well we do. She’s as good as anyone we’ll face,” Smith said. “It’s always fun to play Chambers. We have had some pretty good games with them in the past couple of years. I’m looking forward to it. Coach [Jon] Owens does a good job.”

The game is scheduled for 4:30 p.m. EST at Chambers Academy.