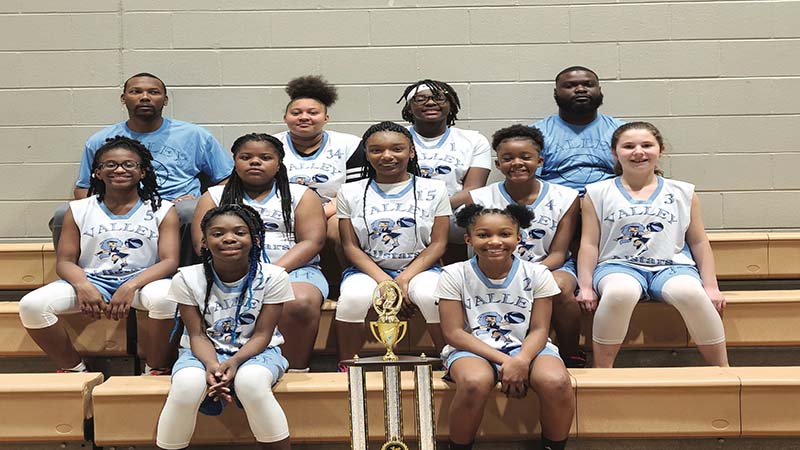 For the second straight year, the Valley girls 12u all-star team was sitting in the district championship game. Last year the team fell short, losing by one point. This year, Valley avenged its loss and advanced to the state tournament in Sand Mountain.

“It felt like a dream come true, because last year we were in the same predicament and we got beat by one,” head coach Dion Simpson said. “I think the girls kind of had that taste in their mouths, I know me and coach [Jeremy Washington] did.”

Simpson is from LaFayette native, who played college basketball at Lawson State and Talledega before playing semi-pro for a couple of seasons. He and his assistant coach Jeremy Washinton coach the team so they can help build a foundation for the Valley High School girls program at a younger age.

“The girls’ program feels like it’s been lost. A while back, Valley was known for their girls to be good, so it’s kind of like people have lost touch,” Simpson said. “We have a good group of girls, so we’re trying to build that program back up.”

The team will be across the street from Autozone on Saturday fundraising for their trip to Sand Mountain. They will be taking donations and selling raffle tickets for a $100 gas card.

“We have to get the girls sweatsuits, gas, food and hotels, so we’re working hard to get these girls money,” Simpson said. “If anyone would want to come through and donate, please. It would help us out a lot.”

The team leaves for Sand Mountain on Friday, March 12 and will play that weekend.