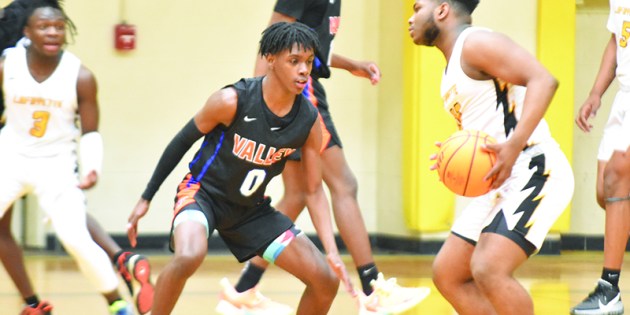 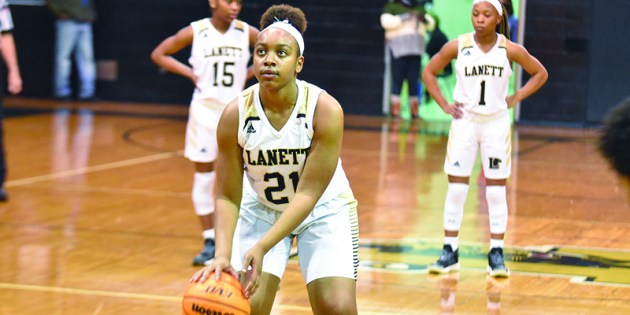 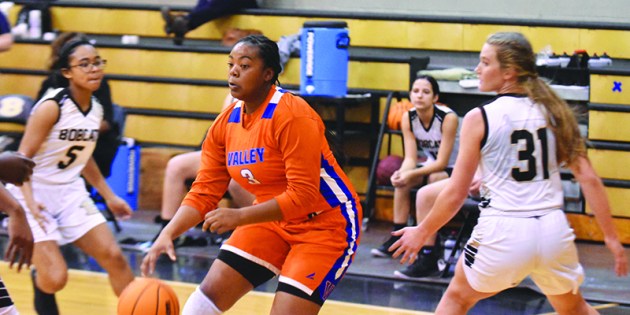 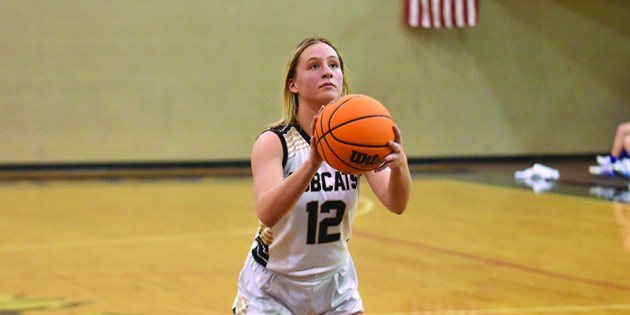 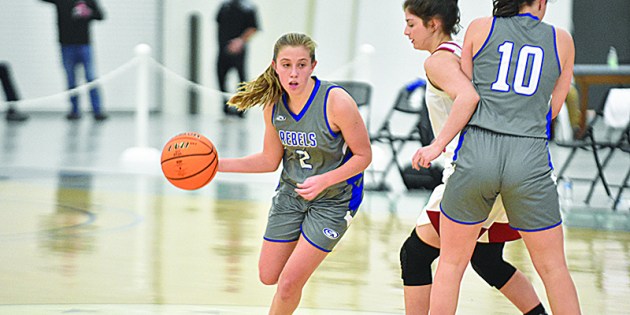 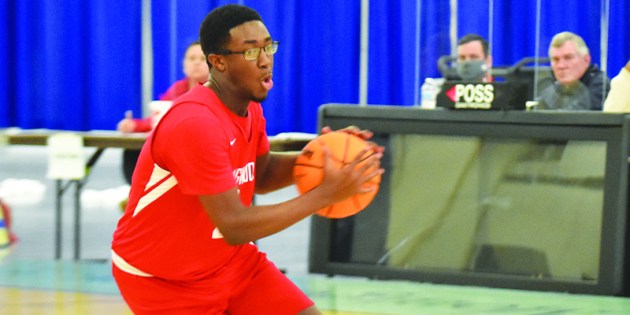 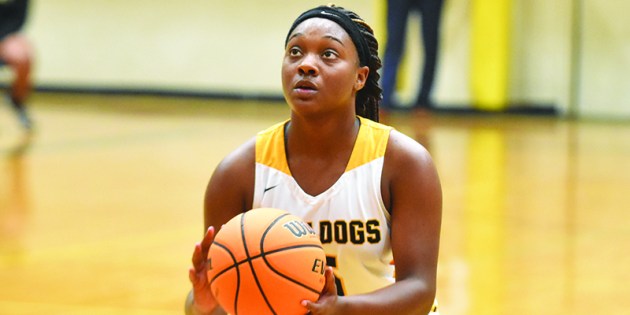 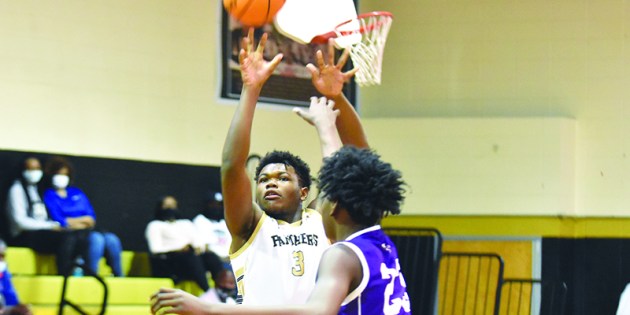 This basketball season was special for the teams in the Greater Valley Area.

The Lanett boys’ basketball team reached its second-straight state championship game, while the Lanett girls reached Birmingham for the first time since 2012.

After advancing to a regional game for the first time in 15 years last season, the LaFayette girls’ team took another step in head coach Fred Bridges’ second year, reaching the 2A Southeastern Regional Championship.

The Beulah girls basketball team hosted its area championship for the second straight year, but for the first time in school history, the Bobcats hosted a sub-regional game. They also finished with the team’s first winning record under head coach Sabrina Milligan.

Both Springwood and Chambers Academy basketball teams reached the second round of the AISA playoffs.

Glaze finished with a team-high 18 points a game, while adding 10 rebounds a game. She was named as an honorable mention on the Alabama Sports Writers Association’s All-State team. She will begin next season with 1,000 points career points in reach.

Greer continued her dominant career this season. She averaged 26 points, grabbed eight rebounds and dished out six assists per game. She was named to the ASWA All-State second team. She was selected to play in the Alabama/Georgia All-Star game.

Madden was head coach Charlie Willaims’ most reliable player on offense or defense this season. The senior averaged 11 points, grabbed 9.2 rebounds and dished out five assists a game. She was second on the team in blocks. She was selected to play in the Alabama/Georgia All-Star game.

For the second consecutive year, Phillips led the Bobcats in scoring. The sophomore averaged 13 points a game while adding six rebounds a game, which was second on the team. She added 38 steals.

Williams averaged 14 points per game her senior year and was the Bulldogs’ best 3 point shooter, hitting 63 of her 120 shots (52 percent) from behind the arc.

Allen was the Rebels’ floor general this season, playing as the team’s primary ball-handler. She averaged 7.1 points a game to lead all the Rebel starters while grabbing 3.2 rebounds.

Lancaster averaged 8.5 points and 11 rebounds a game as a freshman. She was a force in the middle of the floor, finishing the season with 89 blocks.

Patrick was the Rams’ leader this season. She averaged 8.4 points to lead the team while grabbing a team-high 9.7 rebounds. She added 65 steals this year.

Zeigler took a big jump from her freshman year. The sophomore averaged 8.3 points a game while leading the team in steals (77) and assists (177). In three years of varsity, Zeigler already has 312 steals and 477 assists.

Clements averaged 6.1 points and 3.2 rebounds per game. She was named the 3A Area 7 All-Tournament MVP.

Matthews was the leading scorer for Springwood, averaging 7.5 points a game in her first varsity season.

Stephens led the Rebels with 8.5 points a game this year coming off the bench for most of the year.

Wright averaged 6.2 points and five rebounds this year. She added 55 steals in her first year as a starter.

Abner was the Panthers’ second-leading scorer with 13.5 points a game. He was the team’s leading rebounder, averaging 9.3 rebounds. He added 28 steals and 23 blocks this season.

Allen was a dominant force for the Rebels this season. The senior averaged 19.4 points, 9.2 rebounds and just over six rebounds a game this year. Allen holds the school record for points in a career (1,948) and was named to the ASWA first-team all-state selection for the AISA. He was also named to the AISA All-Star game, in which he was the MVP.

Dozier went off his senior year for Lanett. He averaged 31.2 points while dishing out 6.2 assists and grabbing 6.2 rebounds a game. He led the team with 69 steals. He finished his high school career with 1,407 points and was named to the Alabama/Georgia All-Star game.

Ferguson was probably the most improved player in the area this season. As a senior, Ferguson averaged 13.4 points a game and 9.4 assists per game. He was named to the AISA All-Star team and finished with eight double-doubles.

Trammell is one of the most athletic basketball players in the area. He averaged 21.6 points per game while grabbing 9.6 rebounds a game. He finished his career with 1,122 points and 574 rebounds. He was an honorable mention by the AISA in 6A. He was named the MVP and dunk contest champion at the Alabama/Georgia All-Star game.

Cameron was the Wildcats’ leading scorer, averaging 13.9 points a game while grabbing five rebounds per game. He finished with 20 or more points in three games this season.

Crabb averaged 10.7 points in his first season at Springwood. He led Springwood in assists, finishing with 69.

Holliday led the Rebels in 3-point shooting this year, knocking down 33 shots from behind the arc. He was the team’s second-leading scorer, averaging 10.7 points a game and was second on the team in assists, averaging 3.4 a game. He was named to the AISA All-Star team.

As a freshman, Thomas was an instant success for the Rams. He averaged 9.3 points and six rebounds a game, both were second on the team. As the team’s center, Thomas shot 37 percent from 3-point range.

Farrow averaged 8.4 points a game and 2.8 assists a game, which was second on the team. Farrow was named to the Georgia/Alabama All-Star game.

Russell averaged 4.5 rebounds and 3.1 points in his senior year at Valley. He was named to the Georgia/Alabama All-Star game.

Westbrook averaged 8.5 points and 7.6 rebounds a game. He led the Wildcats with 26 blocks.