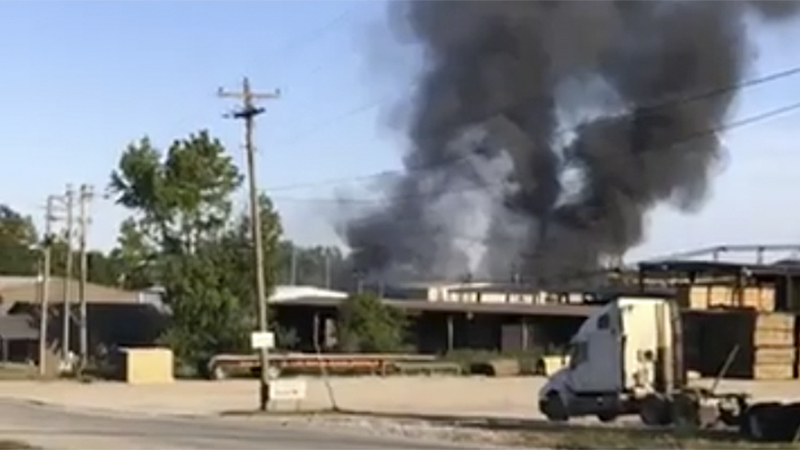 The damage from a fire at East Alabama Lumber Company in LaFayette Thursday could be in the millions, according to LaFayette Fire Chief James Doody.

The LaFayette Fire Department, along with several other agencies, responded to the blaze at the lumber company, located at  910 9th Ave Sw, around 5:40 p.m. Thursday evening. Upon arrival, firefighters were met with a large fire that Doody says began as a result of a compressor explosion.

Doody said crews were on scene for nine hours and never lost water despite differing reports. They were able to open a line from Huguley water which Doody said is a normal procedure in these situations. Doody also said with as many crews on scene a drop in pressure is normal and would happen in any city.

Doody said the damage was extensive and he estimated the losses to be in the millions of dollars.

Doody commended the joint effort from all responding agencies saying, “it was a great effort, especially from the volunteers that responded.”

Although the damage was extensive, there were no injuries and they were able to save a section of the operation that had lumber on the line.

Due to the intensity of the blaze and the sawdust, Doody said there will be a lingering haze throughout the area.